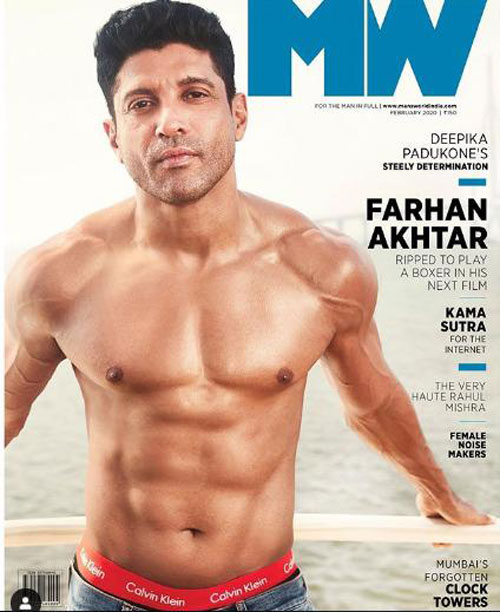 Farhan Akhtar is a firm believer of quality content over anything and has always given promising performances every single time. This time around, we will see Farhan essay the role of a boxer in his upcoming movie ‘Toofan’.

The actor recently graced the cover of a leading magazine where Farhan showed off his shredded lean body and looked extremely fit and sexy and of course, ‘Toofan ready’.

The actor has gone far out of his way to get into the shape of a boxer.

Farhan was trained by celebrity trainer Darrell Foster all through 2019 and was nothing but praises for Farhan Akhtar.

Farhan’s first look in Toofan broke the internet, following which, an exclusive picture of him in full boxing gear was released, once again, making the audience go Gaga for Farhan.

After acing the role of an athlete in Bhaag Milkha Bhaag, Farhan Akhtar is all set to step into the boxing ring for Rakeysh Omprakash Mehra directorial `Toofan` which is an Excel Entertainment production in association with ROMP pictures and will be hitting the screens on 2nd October 2020.