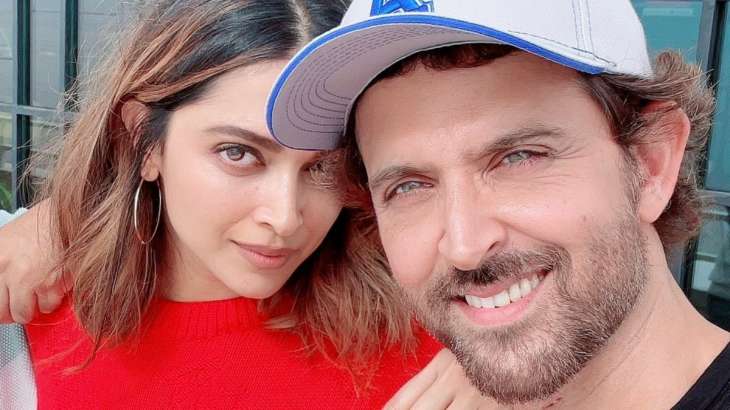 Fighter Release Date: The much-awaited action film starring Hrithik Roshan,Deepika and anil kapoor has been postponed yet again. Earlier, the makers had revealed that the film will be released in September this year but now, Fighter has a new release date. Hrithik Roshan on Friday took to his Instagram to share a new poster of the  film and announced, “25th January 2024- see you at the theatres!”

Fighter’s new poster has further piqued the excitement of the fans as it features aircrafts shooting explosives. The film which will be directed by Sidharth Anand was announced on Hrithik’s birthday last year. The makers are pulling out all the stops to set up this massive spectacle, set to grip audiences with a never before big screen experience. The film, paying a tribute to India’s armed forces, is perfectly timed to open during the Republic Day weekend.

Fighter will be the first Indian film franchise to explore the genre of aerial action.

Check out the poster here-

Other than Hrithik Roshan and Deepika Padukone, Fighter will also star Anil Kapoor in a pivotal role. In December last year, The Krrish actor welcomed Anil onboard Fighter on the occasion of his 65th birthday. He wrote, “Happiest Birthday to the man who grows younger each year in spirit and health, @anilskapoor! Best wishes to you Sir. From witnessing your legendary presence on sets as a mere assistant, to finally having the opportunity of sharing the screen with you.. Super excited for #Fighter.”

After the tremendous success of Bang Bang and War, Hrithik Roshan is collaborating with director Siddharth Anand yet again for Fighter.

Speaking about the project, Ajit Andhare, COO, Viacom18 Studios, earlier said, “An aerial action film offers a unique Cinematic experience. Its never been done in India. Being a Top Gun fan, I have been looking for a script for years that explores aerial action and has a story rooted in India. Fighter is that answer. Siddharth understands this genre and brings a unique flair to his films. I am excited to collaborate with him in building this franchise.”

Meanwhile, Hrithik Roshan was last seen in the film Vikram Vedha alongside Saif Ali Khan. His upcoming films include Krrish 4.