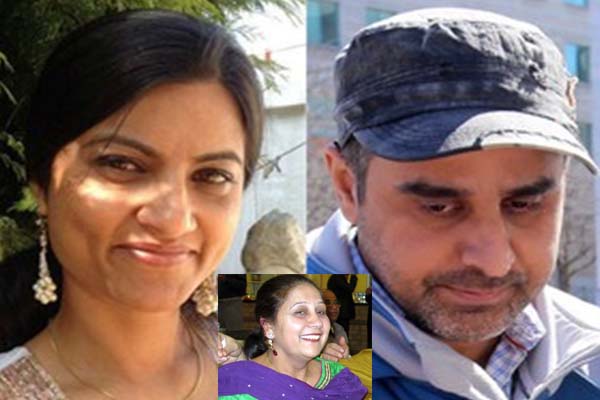 They would do anything to be together — even brutally murder a woman who stood in their way.

And they did, according to an Ottawa judge.

Bhupinderpal Gill and Gurpreet Ronald have once again been found guilty of first-degree murder in the 2014 killing of Gill’s wife, Jagtar Gill.

The verdicts come after the second trial for the pair of former lovers, who had already been found guilty of the slaying in 2016 but had their convictions overturned on appeal.

Jagtar Gill, a 43-year-old mother of three, was found stabbed and bludgeoned to death on Jan. 29, 2014 — her 17th wedding anniversary — inside her home in Ottawa’s Barrhaven suburb, where she was recovering from hernia surgery.

“They wanted to be together,” Superior Court Justice Anne London-Weinstein said Tuesday. “They had been together for many years. That was the motive for this murder.

“Jagtar Gill was in the way.”

The judge said it was beyond her ability to understand why they chose murder instead of divorce.

Gill and Ronald sat in two different prisoners’ boxes and kept their eyes to the floor during much of Tuesday’s decision. Blue surgical face coverings masked any emotion or reaction they had to the verdict or the findings of fact handed down by the judge.

While both testified at the re-trial that they had once had an affair but it was over, London-Weinstein found that it continued up until the murder.

It gave rise to a sinister plot to kill the woman the day after she had hernia surgery when she would be most vulnerable — groggy and on painkillers.

Ronald committed the murder, stabbing Jagtar more than 25 times and inflicting 20 blunt-force injuries, while Gill assisted her in planning it and in their efforts to get away with it.

What followed, the judge said, was a string of alibi-setting errands on the day of the murder and moves to clean up incriminating evidence.

Gill let his then 15-year-old daughter discover her mother’s dead body, which was so severely beaten and slashed that her family could not have an open casket at her funeral.

Ronald, in carrying out the attack, had left a trail of forensic evidence including her DNA at the crime scene.