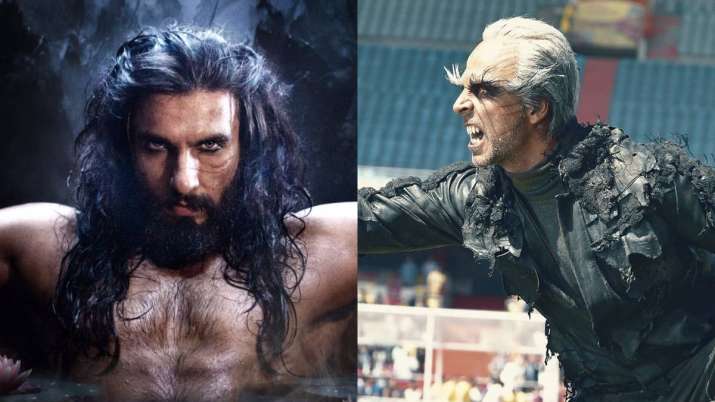 Be it Shah Rukh Khan, Aamir Khan, Kajol or Priyanka Chopra, the audience have loved their heroes turn bad in films. On their part, Bollywood biggies have loved exploring the dark side on the screen, too. “When you have leading heroes playing negative characters, they have their own fan following. So you do get a large chunk of those fan following. For the heroes, it is about exploring something different. Playing negative roles thrills them. Also, if the villain is larger than life then the struggle of the hero becomes interesting,” film trade analyst Girish Johar told IANS.

In fact, he calls it a “deadly combination”.

“When the villain is very big and the hero defeats him by mind, strategy or action, then the audience really enjoys it. Like in ‘Agneepath’, Sanjay Dutt was large and cruel. So when Hrithik Roshan beat him, the audience enjoyed it. Or take the ‘Dhoom’ series. The villains are all A-class heroes. That adds to the thrill,” he added.

Business-wise, too, such casting makes an impact, with two heroes in the film, at the two ends of the good and evil spectrum.

But does this mean not every hero can be a villain? “At the end of the day, it’s an actor who is portraying a particular character. So it all depends on the character, and how the actor brings it alive on the screen,” said Johar.

Here we share a list of heroes who are set to present their villainous side on screen, as well as ones who excelled in such roles in recent years.

He scored as the menacing Kancha in “Agneepath” (2012) and is back to evil ways this year with “KGF Chapter 2”. After the trailer release, Dutt’s fans are excited to see him as the antagonist Adheera in the film. The actor has scored with negative roles in “Panipat” and “Khalnayak”, too, in the past. He has said Adheera is “one of the craziest characters I have played so far”, describing the character as “fearless, powerful and ruthless”.

Back in 2006, he won the audience and critics’ love with his portrayal of the vile Langda Tyagi in “Omkara”. Last year, he impressed in “Tanhaji: The Unsung Warrior” portraying Aurangzeb’s royal guard Udaybhan Singh Rathore who was pitted against Ajay Devgn’s Tanhaji Malusare. He will back as villain in Om Raut’s directorial “Adipurush”, starring Telugu star Prabhas. Saif has described the project as “phenomenal” adding that he looks forward “to clashing swords with the mighty Prabhas and to play a role that is electrifying and demonic”.

After impressing the audience with performances in “Masaan”, “Sanju” and “Uri: The Surgical Strike”, Vicky will be seen as Aurangzeb in Karan Johar‘s upcoming “Takht”. The historical drama revolves around Mughal emperor Aurangzeb and his brother Dara Shikoh, and their fight for the throne.

There are unconfirmed reports on John playing the role of the villain in the upcoming film “Salaar”, which also stars Prabhas. While he is yet to comment on it, fans would recall that John made a smashing antihero in “Dhoom” (2004) and “Race 2” (2013).

He began his career as a child actor, and went on to make an impact with his positive roles in films such as “Kalyug” (2005), the “Golmaal 3” (2010) and “Golmaal Again” (2017) and “Go Goa Gone” (2013). Kunl has already tried an antagonist’s role in “Kalank” (2019), but his really sinister outing was “Malang” last year. The Mohit Suri directorial cast him as a brutal, psychopath cop who deceptively appears to be a nice guy.

Back in 2001, his character Vikram in “Ajnabee” created obstacles in the lives of Raj (Bobby Deol) and Priya (Kareena Kapoor). Then in 2018, he got back to being a villain on-screen in the Rajinikanth-starrer “2.0”. Akshay, has mostly featured in films with patriotic themes or stories with a social cause in recent times, and as the birdlover Pakshi Rajan in “2.0” he was a villain with a cause.

He has acted as a romantic hero, a courageous cop and a historical warrior on his way to superstardom. The audience also equally loved him as the menacing Alauddin Khilji in Sanjay Leela Bhansali directorial “Padmaavat”, which released in 2018. Although heavily fictionalized in interpretation, Ranveer made Bhansali’s Khilji an extremely laudable act with his menacing screen presence.