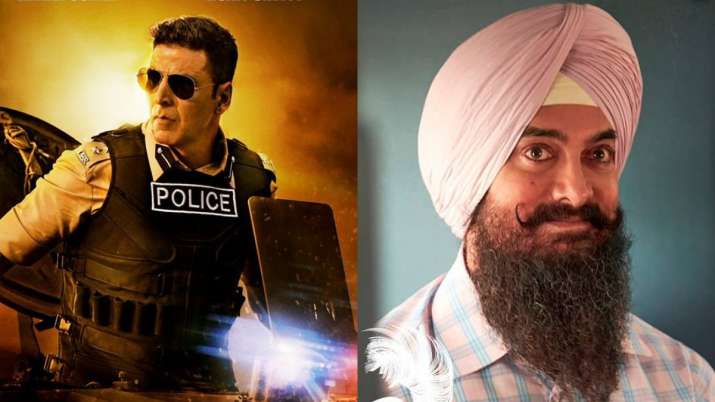 For the film industry, a year starts like any other. There would be about 150 new releases and there would be a few major star films to look forward to. Stars and filmmakers, on their part, plan and book the cinema chains for the festive period. Earlier, it was not easy to announce a release date of a film, for a film faced many hurdles before it reached the silver screen — star dates, raw stock supply, finance, and so on. Even when a film was complete, no producer dared announce the release date. That offended the Censor Board! Yes, things worked that way in those days. Even the trade papers that ran a column for the forthcoming release programme of films, had to put a disclaimer: Subject to Censor!!

So, even if you managed well with star dates, raw stock and finances, censor certification would often delay a film’s release. Indefinitely in some cases.

The only film producer who dared announce the release date of his film, “Bezubaan”, directed by renowned Telugu director Bapu, was Pranlal Mehta, who was known to be meticulous. He announced the release date on the day of its launch through an ad in the Screen Weekly and that surprised the whole trade. That was 1982 and he delivered as promised. Not that things changed thereafter that every producer could followed the trend.

Things have changed much since. Filmmaking has become a disciplined process. Artistes work on one film at a time and, as a result, even the release date of a film, which is in the conception stage, can be announced! How things have changed! At least, the preferred slots of the Republic Day, Independence Day, Diwali, Eid and the Christmas weekends, the most sought-after, are booked for big films. For the rest, the release slots are always available looking at how multiplex screens have spread themselves so thin.

Come 2021, we are faced with a situation worse than those older days of uncertainties when the one making a film could not even assume his release plan! Quite a few major films are ready for release and still not certain about when they will see them hit the screen. And, this is not about Censor hurdle.

It is the Corona pandemic that has ruined industries, trades, life as we lived it and other aspects along with the film business. While other industries are gradually turning the page, for the film industry things are still uncertain.

The entertainment industry that came to a halt in March 2020, is being resurrected in parts — that is to say the TV entertainment has become as good as normal, as has the OTT content making. The film shootings are also underway but to a very limited extent, with a lot of restrictions. No maker will roll a new film project till the picture is clear as to when can a film reach the cinemas.

So, what does the industry look forward to in 2021?

The answer is, nothing yet, not so soon. As far as the exhibition trade is concerned, there is no certainty. Just when things looked like getting back to normal, here comes a threat of a mutated Covid-19 virus! Now, that adds to the skepticism and the scary situation just when there seemed to be a light at the end of the tunnel. Add to that, the periodic night curfews imposed in various states. That, coupled with the limited seat occupancy rule, it is not viable for either the cinemas or the filmmakers to go for a theatrical release.

A few films are ready for release in 2021 and there are quite a few in various stages of production. These include: Aamir Khan‘s “Laal Singh Chaddha”, Shah Rukh Khan‘s “Pathan”; Salman Khan‘s “Radhe: Your Most Wanted Bhai” and “Antim”; Hrithink Roshan’s “Krrish 4” and the remake of “Vikram Vedha”, Ajay Devgn’s “Bhuj”, “MayDay” and one more; Ranbir Kapoor‘s “Brahmastra”, “Animal” and a rom com; Ranveer Singh‘s “Cirkus”, besides a line-up of six Akshay Kumar films: “Bell Bottom”, “Atrangi Re”, “Bachchan Pandey”, “Prithviraj”, “Ram Setu”, “Raksha Bandhan” and a sci-fi film with Jagan Shakti! There are also Rohit Shetty‘s “Sooryavanshi” starring Akshay and Kabir Khan’s “83” starring Ranveer Singh.

If I were to lay my bets on the grand opening, it would be on “Sooryavanshi”. The reason being it is directed by the best entertainer of the present era, Rohit Shetty, and it also stars two of the best action heroes of our time, Akshay Kumar and Ajay Devgn along with Ranveer Singh. What is more, Shetty is known to add an element of comic relief in his films.

As for “Laal Singh Chaddha”, I would not count on a great opening response, but looking at Aamir Khan’s past record with a film like “Dangal”, he can spring a surprise. Nobody knows about “Laal Singh Chaddha” but few knew about the wrestler Phogat family when “Dangal” released, either. With this film, the only problem is that it is inspired from the Hollywood film, “Forrest Gump”. Needs to be seen how Aamir Khan carries it off. Earlier, Shah Rukh Khan in “My Name Is Khan”, and Salman Khan in “Tubelight”, have tried to play odd characters without success.

Then there is “Radhe: Your Most Wanted Bhai”, a Salman Khan movie. This time, a remake of a South Korean action comedy, “Veteran”.

“83” is a Kapil Dev story and just because of him, the film may bring in the footfalls like “Neerja” did because of who Neerja Bhanot was. Here again, the pairing may prove to be a drawback for obvious reasons.

Finally, “Thalaiva”. It seems to have better prospects in the South considering it is based on the life of the late Tamil actor-turned-politician, J. Jayalalithaa. An OTT streaming content on her life, “Queen”, is already available.

So, when it comes to drawing audience to the cinema halls on day one, first show, so far the only film likely to make it happen is “Sooryavanshi”.

But, these seven films can’t feed the cinemas all round 2021. The reason to mention this is, for the time being, not many films are in the making which can sustain the cinemas for a weekend, if not for a week. The smaller projects can’t feed a cinema for more than a few days as was proved by the recent release, “Suraj Pe Mangal Bhari”.

The good news for the cinemas is that the Covid-19 pandemic vaccines are about to reach the markets, following which the audience may resume its cinema-going routine and even the seating capacity limits may be withdrawn gradually.

Hopefully, things should start getting back to normal before summer 2021.