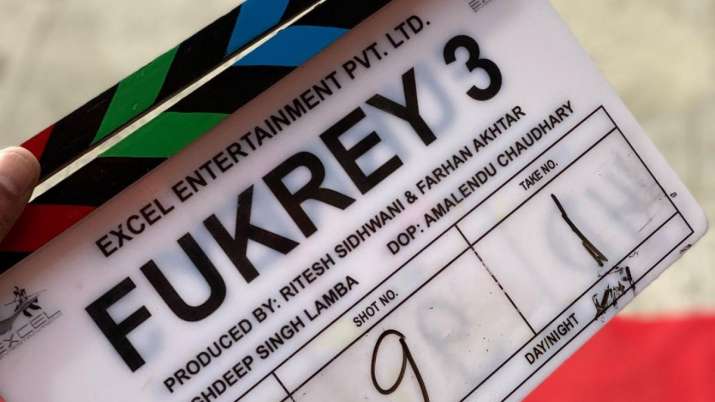 The comedy franchise ‘Fukrey’ is returning with its third instalment. Actor Varun Sharma, who plays the role of Choocha Singh in the film series, took to Instagram to break the news of ‘Fukrey 3’ going on floors on Thursday. The actor confirmed the news by sharing a picture of the clapboard on his Instagram handle. He gave a detailing of the shot sequence and wrote in the caption, “Shuru Hogayi!!!”

Ever since the announcement was made, it created a wave of excitement among the audience and especially the fans of the ‘Fukrey’ franchise. The popular movie franchise is considered among the cult classics of Indian cinema and has become huge hits for giving viewers a wholesome experience and made sure to deliver a burst of giggles.