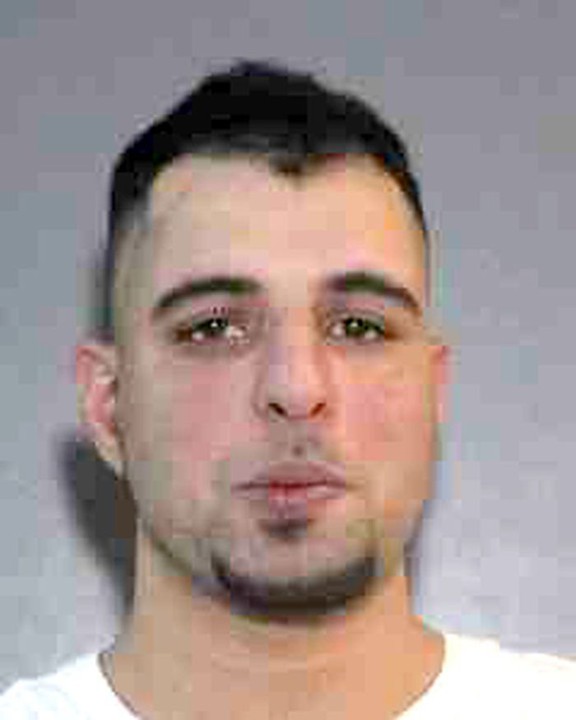 Six years ago, Surrey RCMP warned people to steer clear of gangster Karman Grewal after he and his friends were shot at but refused to cooperate with police.

On Sunday, Grewal, who was associated to the United Nations gang, was gunned down in a brazen public execution at Vancouver International Airport.

The killer or killers opened fire at about 3 p.m. in front of the international terminal on the departures level.

Panicked travellers in the vicinity ran for cover, thinking it was a mass shooting before realizing that the killer was looking for a specific target.

Two RCMP officers were seen running across the skybridge linking the covered airport parking lot to the domestic terminal at 3:35 p.m.

They appeared to be heading toward the south end of that terminal, while another person ran in the opposite direction.

A man was shown on social media laying in front of the signage, being tended to by another person and an RCMP officer.

Richmond RCMP Chief Supt. Will Ng said late Sunday that his officers intercepted the getaway vehicle, but lost them after the suspects fired at them. No officer was hurt.

He said the murder “was targeted and carried out in broad daylight, with absolutely no regard for public safety.”

“This generation of gangsters is taking things to another level,” Ng said. “They will stop at nothing to target rivals, even if it’s an international airport in broad daylight on Mother’s Day and putting everyone at risk, including shooting at a police officer.”

IHIT’s Sgt. Frank Jang said that the killers likely escaped to Surrey by driving their SUV down Highway 99 to Highway 91 and over the Alex Fraser Bridge to the 9700-block of Princess Drive, where the burned out vehicle was found.

“We’re looking for at least two suspects, maybe more in that vehicle,” he said. “We urge you to check your dash cam video.”

Why Grewal was at the airport hasn’t yet been determined, Jang said – whether he was travelling somewhere, dropping someone off or meeting someone.

Grewal, 28, was well-known to police and the murder believed to be part of the ongoing Lower Mainland gang conflict.

Sources told Postmedia that sometimes those involved in organized crime arrange meetings at the airport as it is considered safe territory.

Grewal’s murder was the first fatal shooting at the airport, though there was a failed attempt on the life of Hells Angel Damion Ryan in 2015 in the airport food fair. The hired shooter’s gun jammed and Ryan fled. The would-be hitman was later convicted.

Grewal had been involved in the criminal world for years. He was very close to UN gangster Jimi Sandhu, who was deported to India in 2016 for “serious criminality.”

Grewal had faced drug trafficking charges in Grand Prairie, AB., in 2016. And he had convictions in B.C. for failure to stop at the scene of an accident, wilfully resisting a police officer and driving a vehicle while disqualified.

His UN gang has been locked in a bloody war with rivals from the Brothers Keepers and Red Scorpion gangs for years.

One high-profile Brothers Keepers posted a cryptic message on his Instagram after the shooting suggesting it was in retaliation for the hit on BK member Harb Dhaliwal in Vancouver last month.

Grewal’s execution came less than 24 hours after Toni Dalipi, 19, was shot to death in Burnaby Saturday night. Jang said Sunday that the teenager’s slaying is also related to the on-going gang conflict.

With two murders this weekend and 10 shootings across the region since April 17, former Solicitor General Kash Heed, a longtime cop, said police need to rethink their strategies in dealing with violent gangsters willing to hunt rivals anywhere, anytime.

“Based on the frequency of these violent events that have been occurring in public spaces, it appears that the leaders of law enforcement do not have an assertive plan in place to ensure that the public is safe,” Heed said Sunday.

“It’s time for the police to take a very, very aggressive suppressive approach to this particular problem to ensure that the violence stops and the public is safe.”

Most of the recent shootings have been connected to the gang war – though the murder a week ago of correctional officer Bikramdeep Randhawa, who was not known to police and well-liked by his co-workers, remains a mystery.

And the shootings of two women — Keryane Arsenault, 20, who was killed May 4 at her residence in Surrey, and a 25-year-old woman injured in Burnaby May 2 — are not believed to be linked to the conflict. Charges have been laid in both women’s shootings.

On May 3, a 28-year-old man with links to the Lower Mainland gang conflict was seriously injured in a shooting outside Toys ‘R’ Us in the Willowbrook Mall.

On April 30, a 19-year-old man arrived in a Surrey hospital about 1:30 p.m. with a gunshot wound. He subsequently died of his injuries.

On April 21, longtime United Nations gangster Todd Gouwenberg, 46, was killed in a targeted shooting as he arrived at the Langley Sportsplex to work out with a trainer.

And on April 17,  Dhaliwal was gunned down outside Cardero’s restaurant in Vancouver at about 8:30 p.m. The alleged hitman, Francois Gauthier, was charged after someone in the Dhaliwal group chased him and stabbed him in the eye.

Jang said there are no more words to describe how reckless the shootings have become.

“I think we’re all tired of seeing the violence that’s been taking place on our streets. And you know, I think there comes a time where there’s just no further words,” Jang said.  “Please do the right thing. Please don’t kill one another. Stop the violence.”

He said no matter what police say, “they continue to shoot their guns, putting all of us in jeopardy.”

“It’s time to get down to work, find these people and put them in jail.”

with a file from Mike Raptis