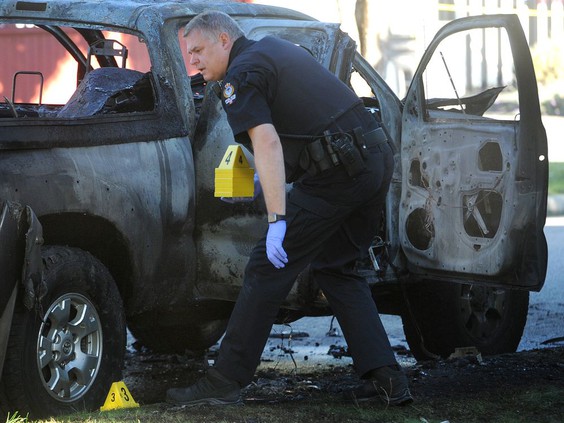 In 2008, brothers Aman and Jodh Manj were driving around south Vancouver hunting their rivals during a violent period in Lower Mainland gang violence.

With the murder of 35-year-old Aman on Wednesday — almost three years after Jodh was gunned down in Mexico — their life story has an all-too-familiar ending.

He recalled the intensive VPD investigation, Project Rebellion, that led to the arrests of Aman Manj and several rivals in the Sanghera and Buttar groups back in 2009.

“They were hyper-violent and they were hunting the others for control, but also just for survival and to eliminate their foes before they themselves were eliminated,” Porteous said.

“But you just can’t keep that up forever. And eventually, when your guard is down, you get it. It’s not a matter of if, it’s just a matter of when. And, you know, the fact that he was 35 for a guy that was living that sort of lifestyle, he’s probably lucky he made it that long, unfortunately.”

Aman had risen to a significant level in the United Nations gang when his killer or killers finally caught up to him about 3:30 p.m., as he sat in a friend’s car in the underground parkade of the Fairmont Pacific Rim hotel.

Officers could be seen reviewing hotel surveillance video late Wednesday evening. They also canvassed the hotel and residences in the building looking for witnesses and evidence.

VPD Const. Tania Visintin said Thursday that no arrests have been made. Police were investigating whether a burning vehicle found near Charles and Penticton streets in east Vancouver is linked to the murder, she said.