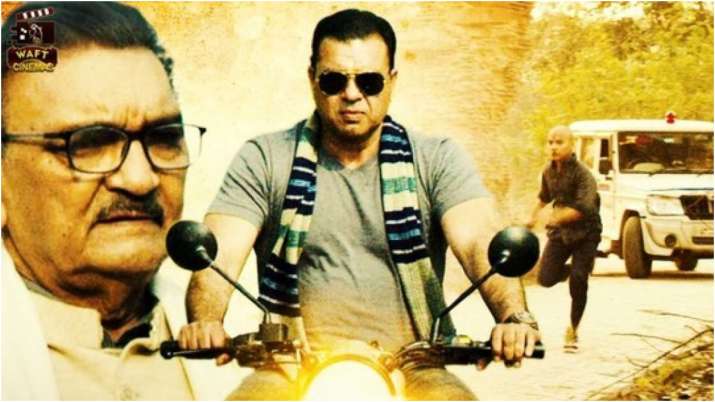 The film “Bikroo Kanpur Gangster” which is based on the real story of the encounter of the Gangster Vikas Dubey will now release on 2nd October 2021 on the occasion of Gandhi Jayanti. Significantly the movie was supposed to be released on 16th April 2021 but due to the rise of cases of the ongoing Covid 19 pandemic, the team decided on changing the release date. The character of Vikas Dubey is played by the actor Nimai Bali.

Vikas Dubey was encountered last year in 2020, which was a hot topic at that time and the makers decided to do a biopic on him. The film “Bikroo Kanpur Gangster” is written and directed by Neeraj Singh and produced by Ajay Pal Singh and CP Singh. The Director Neeraj Singh opened up about the reason for the delay in the film, he says, “due to covid 19 the film will now release on 2nd October 2021. The main reason behind this change in release date is that this movie will release in cinemas not on any OTT platform and because of covid 19 all the theatres were closed”.

He further added by elaborating the concept of his film by saying, “We would like to inform you that the film Bikroo Kanpur Gangster is based on the real story of a Gangster Vikas Dubey of Kanpur, there is a small village in Kanpur known as Bikroo where 8 policemen were murdered by gangster Vikas Dubey.” The trailer of the film has already been released on 3rd March 2021 on the official youtube channel of waft cinemas.  Actor Nimai Bali will be playing the main Character as Vikas Dubey and, and Anil Rastogi will be seen in the film.