Get set for the next dose of father-son masti as ALTBalaji and ZEE5 give us a sneak- peek into the upcoming episodes of the laughter riot ‘Who’s Your Daddy?’ 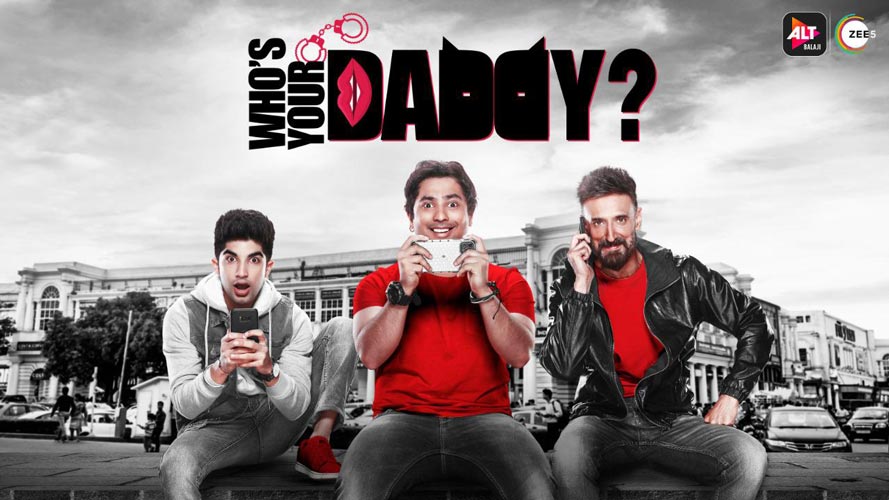 Entertaining the viewers with fun and laughter with the first six episodes of ALTBalaji and ZEE5’s dramedy ‘Who’s Your Daddy?’, the viewers are in eager anticipation to know who is Tidda’s real father. Well, that wait seems to finally come to an end as the two leading OTT platforms give us a sneak-peek into the upcoming episodes with a new trailer.

The trailer starts with the cute and innocent Tidda (Nikhil Bhambri) waking up from a dream where two women are fighting between themselves claiming to be his mother. Things also take a hilarious turn in the lifestyle of Prem Singh Barnala (Rahul Dev) and his son Soggy (Harsh Beniwal) where both of them seem to be making merry with Mrs. Chibber (Anveshi Jain), Mrs. Pammi Chawla (Liza Malik) and Mrs. Das (Kasturi Banerjjee ). Amidst all this confusion & chaos we see our poor Tidda who is still in constant search of his real mother. The dramedy showcases the day-to-day adventures of Soggy and Prem, his retired army personnel father, who live in Delhi. and are the coolest family in the town. Soggy runs a DVD rental shop and earns a sizeable chunk by renting blue films to the ladies of Delhi’s posh societies. The story focuses on the existing subplot around Soggy’s son Tidda, played by Nikhil Bhambri, who is in constant search of finding out who is his mother and in retrospect also finds out who is his real father.

With 6 episodes already streaming on both the platforms, the last six episodes of Who’s Your Daddy will stream live on ALTBalaji and ZEE5 from April 29.