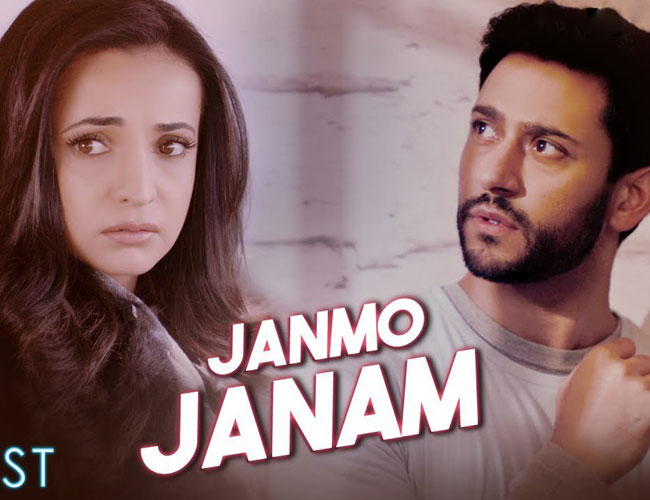 Vikram Bhatt’s upcoming horror flick, starring Sanaya Irani and Shivam Bhargava is ready to scare you on October 18th but before that, the makers are treating the fans with the melodious soundtrack of the film.

Releasing back to back superb songs from the film, the makers have succeeded in building up the excitement for the film among the fans and the next one in line is ‘Janmo – Janam’.

Sung by Yasser Desai, written by Shakeel Azmi and composed by Nayeem – Shabir, the song a romantic one that focuses on the unsaid feelings of both Sanaya and Shivam’s characters. Watch the video here –

Ghost, directed by Vikram Bhatt and produced by Vashu Bhagnani and Vikram Bhatt, is the story of an Indian origin politician Karan Khanna (Shivam Bhaargava) whose wife gets murdered by a ghost and the onus proving him innocent falls on his lawyer Simran Singh (Sanaya Irani).