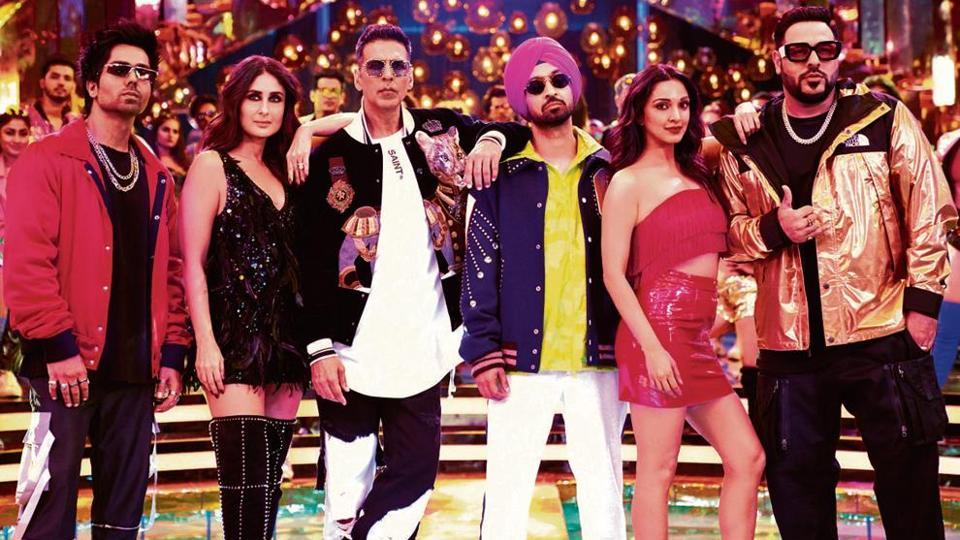 Good Newwz song Chandigarh Mein brings Kareena Kapoor on the dance floor again, alongside Akshay Kumar, Kiara Advani and Diljit Dosanjh. The song is a glamourous Punjabi number that features the lead stars along with Badshah and Harrdy Sandhu as they groove to the foot-tapping music.

Talking about the party number, Akshay says, “If there was one song this year that could get me out of my sick bed, it would be this one. I was running such a high fever while shooting this, which I know is unheard of for me, but the energy and passion that went into this song couldn’t keep me away.”

He further adds, “I still don’t know what I love more, the beat or the lyrics. But it doesn’t matter because put them together and you have the party anthem of the year. Badshah and Harrdy have killed it as always. I dare anyone to try and sit still through this song. It is so catchy and, like I said, the beat just makes you wanna get up and dance.”

Good Newwz is a comedy of errors that revolves around two couples who take the IVF route to fulfil their desire to have children. However, a major goof up ensues when Akshay and Diljit’s sperms are interchanged.

Kareena plays an independent and self-sufficient Deepti Batra in the film who is obsessed with the idea of having a child. The makers introduced her character in a medical report format. “Meet Deepti Batra, the most fierce bearer of #GoodNewwz,” tweeted the official handle of Dharma Productions. She is said to be suffering from ‘Baby Fever’ and is plagued by the ‘Zimmedari Complex.’ The treatment prescribed for this disease in the medical report is ‘Meditation’ but it comes with the guideline – “Bina Kisi Disturbance Ke If Possible (Without any disturbance if possible).”

Akshay had also shared his introductory poster in the format of a medical report of his character — Varun Batra. He was said to be a ‘top-quality bearer’ who is left worried by the major goof up and is required to listen and obey his wife in all matters.

Diljit’s character was introduced in a similar fashion with symptoms like ‘Munda zidd pe ada.” As seen in the report, he has been prescribed a treatment named – ‘Logon ko thodi space do! (antariksh wala nahi yaar)’. Kiara was described as an overexcited women who has symptoms like ‘Gas ke gole’.

The film went on floors in November last year. Helmed by Raj Mehta, Good Newwz will release on December 27 this year.