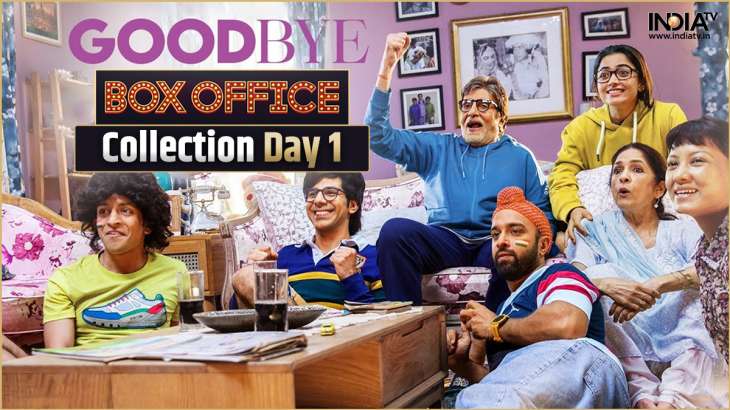 GoodBye Box Office Collection Day 1: When it was announced that Rashmika Mandanna will be making her Bollywood debut opposite Amitabh Bachan, the audience seemed very excited. The announcement, posters and teasers received a thunderous response too. However, the excitement did not translate to footfalls in cinema halls. Reportedly, the film opened to low numbers on Friday.

While the makers are yet to release an official figure yet, the initial trade reports suggest that the film had a slow start at the box office. Reportedly, GoodBye earned between Rs 2-3 crore on its opening day. The film seems to be meeting a similar fate to Jersey, Runway 34 and Jhund among others. These films, which are devoid of visual spectacles like Brahmastra or Pooniyin Selvan are fairing low at the ticket window.

The story of ‘GoodBye’ revolves around self-discovery, the importance of family and the celebration of life in every circumstance beautifully depicted by the Bhalla family. It is a heartwarming story of every Indian family ever that takes the gloomiest period to make sunshine and promises to be closer though a loved one has gone far away. The film portrays the mayhem of every family dealing with the ups and downs that life throws but it also gently reminds the significance of being there for each other, through it all.