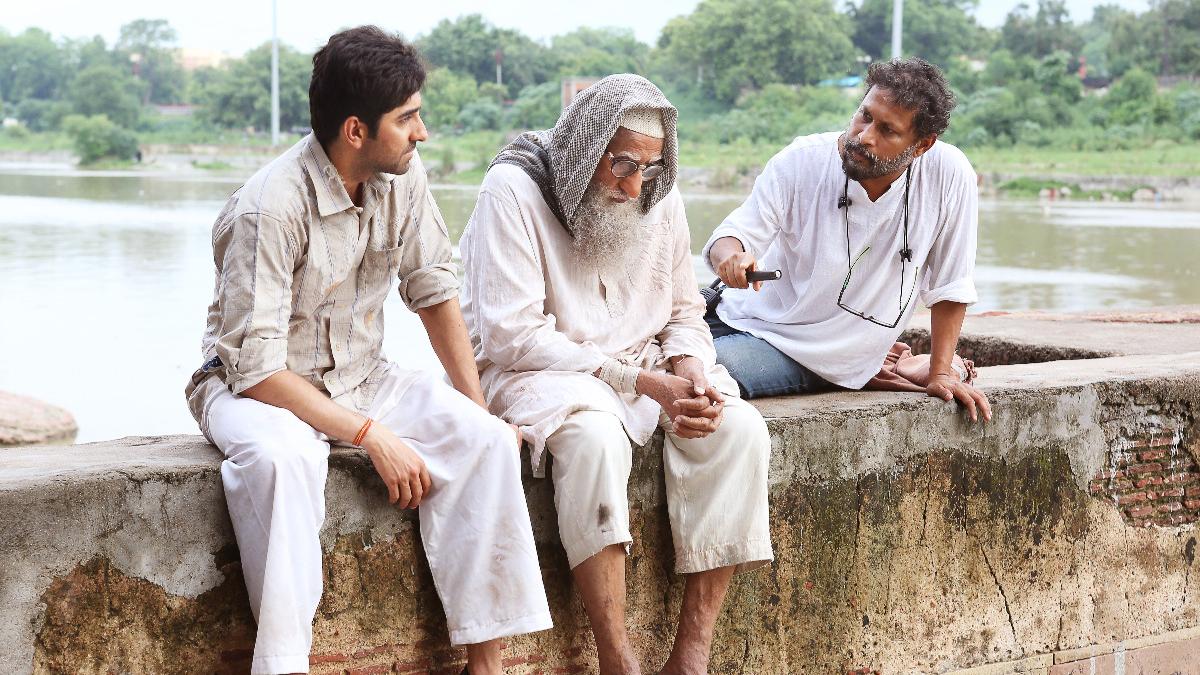 From the word go, Gulabo Sitabo gives you those vibes that only director Shoojit Sircar and writer Juhi Chaturvedi’s collaboration can bring. If you have watched the director-writer duo’s previous offerings, you must be pretty aware of the easy-breezy feel that their movies usually have. You don’t have to use your mind, all you need is to feel the film. Gulabo Sitabo, directed by Shoojit Sircar with writer Juhi Chaturvedi taking up the departments of screenplay and dialogues, is a light-hearted comedy-drama. The film starring Amitabh Bachchan and Ayushmann Khurrana in lead roles, released digitally on Amazon Prime Video due to the lockdown.

The story of Gulabo Sitabo revolves around the “priceless” Fatima Mahal, a dilapidated haveli situation Lucknow. The landlord Mirza, at least he thinks himself to be the one (played by Amitabh Bachchan) and one of the tenants Baankey (Ayushmann Khurrana), are at constant tussle–all due to this charming haveli. Their fight and disagreement aren’t just limited to bickering. They don’t even hesitate to resort to planning and plotting when required (Kyunki Ek Se Badhke Ek).

Amitabh Bachchan’s character in Gulabo Sitabo, Mirza, is irritating and funny at the same time. Mirza reminded me of Baskor (Amitabh’s character in Sircar’s 2015 Piku). Though both the characters are completely opposite, one common trait is that both are equally annoying.

Mirza is greedy and selfish. Money is the only thing he loves the most. There’s no limit to his greediness and you can imagine this by the fact that he didn’t have kids. Why? Because he didn’t want to share the property. Unbelievable! No?  Mirza’s eyes sparkle in the scenes where he calculates money coming his way.

Well, if he is selfish and greedy, Baankey is no less than him. The sole bread-earner of the house with the responsibility of three sisters and a mother, Baankey, doesn’t pay heed to the never-ending mumbling of Mirza. Despite the constant poking by Mirza regarding rent (actually pittance), he remains unperturbed. Baankey acts street-smart before Mirza, otherwise, he is just a poor vulnerable fellow overburdened with responsibilities.

Dialogues are a clear winner of this film as they beautifully portray the cultural milieu (Lucknowi Zabaan). Out of all, I particularly loved the banter between Baankey and his girlfriend.

First-half of the film has been invested in establishing the characters. A lot of time has been given to emphasise the fact that Baankey and Mirza are always at loggerheads. During most of the first-half, Gulabo Sitabo keeps swinging like a pendulum, only moving ahead with a snail-like pace. Hence, it fails to keep you hooked at times. It is only in the second half, the movie picks up its speed.

Undoubtedly, the first and foremost reason to watch Gulabo Sitabo is Ayushmann Khurrana and Amitabh Bachchan’s camaraderie. Besides the lead, the film boasts of the solid cast — whether it is Vijay Raaz, whose dialogue-delivery style is unmatched or Brijendra Kala, who sinks into the skin of the character, the actors have lifted the film up.

A huge thumbs up for women characters. Not carved into the typical mould, the characters of Fauzia (Poornima Sharma), Guddu (Shrishti Shrivastava) and Begum (Farrukh Jafar) are breath of fresh air. I immediately fell in love with them and they were the ones who made me laugh out loud. They have some of the quirkiest dialogues and they have nailed them. The costume and makeup have made the characters more realistic and authentic.

The narration of Gulabo Sitabo is smooth, if not flawless. The fine artistic details of the old haveli have been captured beautifully by cinematographer Avik Mukhopadhyay. The movie begins and ends with an almost similar scene, which I liked.

This Shoojit Sircar film is as sweet and simple as him.