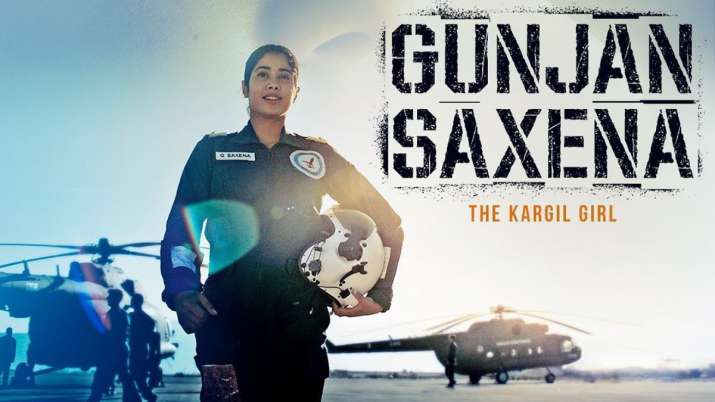 Actress Janhvi Kapoor‘s much-awaited film Gunjan Saxena: The Kargil Girl will be releasing on Netflix this Independence Day. While the fans have already seen the first look of the actress as the former IAF pilot Gunjan Saxena, the makers dropped the trailer of the film today.  It shows how Janhvi as Gunjan Saxena sets on a mission to make her father proud and carve a niche for herself in the defense forces which was highly dominated by men. In spite of not having women’s toilet and other facilities, Gunjan never gave up and went to Kargil to fight for her country. She became the first Indian female pilot in combat.

Janhvi wrote, “Finally the part of the journey we’re we can start sharing this story that we’ve all been so honoured to be able to tell. Here’s the look into the world of #GunjanSaxena – The Kargil Girl.. I hope you like it!” Bypassing the traditional theatrical release, Gunjan Saxena: The Kargil Girl will stream on Netflix from August 12. Directed by Sharan Sharma, the film was supposed to hit the screens on April 24 but it was pushed forward due to COVID19 pandemic.

Taking to social media, Janhvi on Friday announced, “It’s been the most special experience and I couldn’t possibly be more honored and excited to bring to you the trailer of #GunjanSaxena: The Kargil Girl tomorrow at 10 am”

Earlier, the makers had released a teaser of the film as well which intrigued the viewers about the film. After the teaser surfaced on the internet, Gunjan Saxena wrote, “Very rarely have old memories flashed in front of me in such a sweet manner as was experienced after watching my montage with voice over of @janhvikapoor. I guess it is the time for culmination of an enriching journey which started with @sharansharma three years back. And what a journey it has been with Sharan. I have always admired his honesty, sincerity and a sensitive compassion while portraying my life on big screen. Everybody at my age has a story to tell. Lucky few like me have Sharan and Janhvi to narrate my story.”

“None of life journeys are a walk in park and mine was no different. But at times a one track mind on goal does help. During my tenure in IAF, whatever little I could achieve was with the help of men and women in blue uniform. I sincerely hope everyone will enjoy the movie not because it is my story but more so because of the honest work of Sharan and his team.”

On the work front, Janhvi Kapoor made her Bollywood debut in 2018 with Dharma Productions film Dhadak opposite Ishaan Khatter. She will next be seen in Karan Johar‘s Dostana 2 with Kartik Aaryan and Lakshaya and Dinesh Vijan’s Roohi Afza alongside Rajkummar Rao and Varun Sharma.