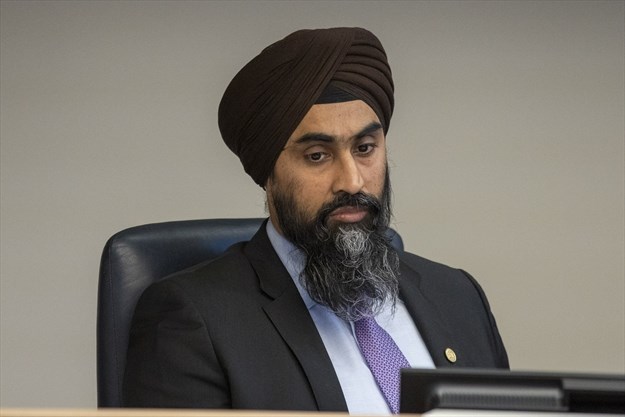 A Brampton woman and local business owner has accused wards 9 and 10 Coun. Gurpreet Dhillon of sexual misconduct during a recent trade mission to Turkey.

The city confirmed the allegations levelled against Dhillon in an emailed statement to the Brampton Guardian.

“Serious allegations of sexual misconduct involving a councillor were recently brought to the attention of City of Brampton officials,” said an emailed statement from the city. “The alleged incident occurred outside of Canada.”

Sources said the woman filed a complaint to the city and mayor’s office shortly after Dhillon returned to Canada from a trade mission to Turkey.

According to three sources who requested anonymity, the unidentified woman claims Dhillon sexually assaulted her during the recent trade mission in mid-November.

Dhillon issued a release following the trade mission on Nov. 19, while also posting several tweets during the trip.

In response to the allegations now made public, Dhillon issued the following statement in an email to The Guardian:

“Recently, it has come to my attention that an individual with a similar name and age to me, from Brampton, was recently arrested on criminal charges and appeared before court. This has led to mistaken identity and baseless rumours against me. I want to take this opportunity to unequivocally make clear that I have never been charged, arrested, or been under investigation.

“In November 2019, I was part of a delegation that went to Turkey with a focus on increasing bilateral relationships between the City of Brampton and that country. Throughout this trip we focused on business-to-business relationships and at no time did I participate in any inappropriate conduct.”

“In addition to this, I can confirm that there has been no official complaint registered against me with the City of Brampton, and I have never been investigated or questioned by the police. I will continue to vigorously protect my reputation and will take any and all appropriate legal action as deemed necessary to do so.”

The city said Peel police and integrity commissioner, Muneeza Sheikh, have been informed of the alleged incident.

“Upon learning of the allegations, City of Brampton officials immediately brought the matter to the attention of both the Peel Regional Police Service and Brampton’s Integrity Commissioner for their review and consideration,” said the city.

“Given that this is a matter that has been referred to police, it would be inappropriate for city officials to make any further comment at this time,” it added. “The City of Brampton has a policy of zero tolerance regarding any type of sexual misconduct, harassment, or bullying,” added its statement.

When contacted, Peel police said there was no record of an active investigation into the allegations. RCMP media relations also said they had no knowledge of an investigation, while adding they would not comment on any case unless charges were laid.

“Additional information regarding any further steps that the city may take in response to these allegations will be provided to the public as soon as the city is able to do so,” added the statement from the city.