Hanveer Sunner, from West Bromwich, was jailed for seven years after sexually assaulting the 15-year-old 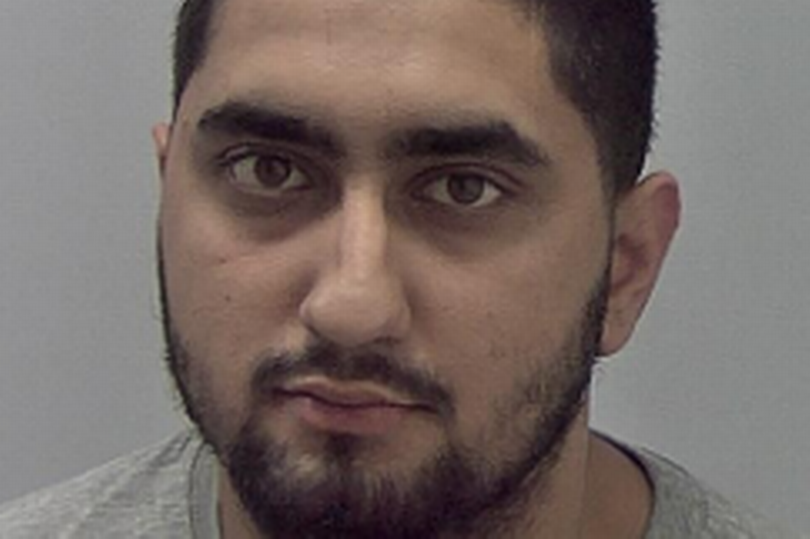 A paedophile has been jailed for sexually assaulting a 15-year-old he met on Snapchat after plying her with booze. Hanveer Sunner, of West Bromwich, was locked up for seven years after attacking the girl at a flat.

The 22-year-old made contact with the girl on the site in 2020. On June 9 he offered to give her a lift to Birmingham city centre and arranged to meet her in Telford.

But instead he drove her to his friend’s flat in Handsworth. He gave her bottles of alcohol and balloon-gas canisters so she was drunk before he sexually assaulted her,West Mercia Police said.

The victim was reported missing and, with the help of the girl’s family and Police, found at the flat locked in a bathroom. Sunner was arrested at the scene and charged with sexually assaulting a female over 13.

Sunner, of Springfield Crescent, West Bromwich, denied the charge but was found guilty in a unanimous verdict at Birmingham Crown Court on Tuesday, July 12.

He was locked up yesterday, August 23. His name will be on the sex offenders’ register for life.

et Con Ben Hocking said: “This was a very distressing incident for the victim that has understandably had a huge impact on her and we commend her bravery and perseverance. We would encourage anyone who has concerns about a sexual crime, either recently or in the past, to get in touch. You will always be offered our full support.”
Schedule