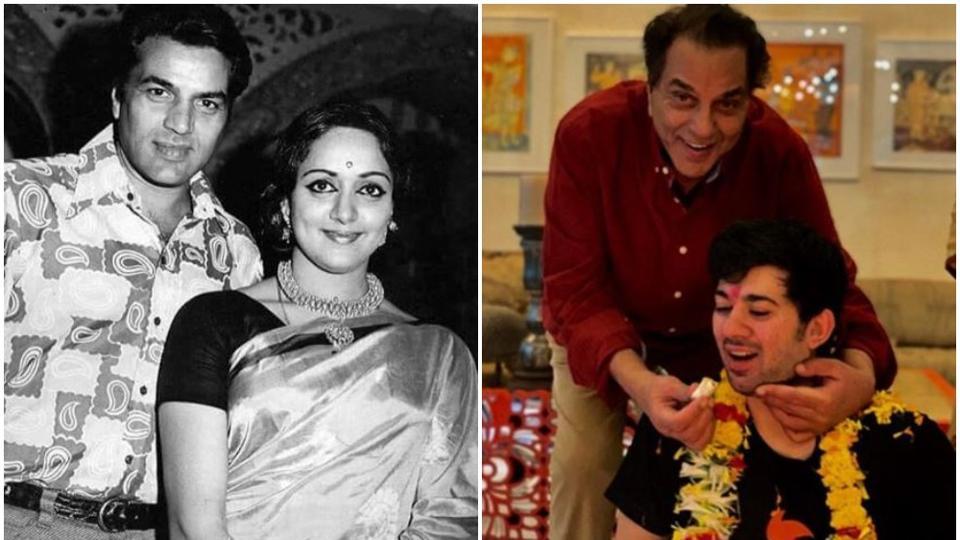 Few actors in Bollywood can combine what veteran actor Dharmendra manages to do — blend muscle with childlike innocence and a romantic personality. And that is exactly what makes Dharmendra a crowd-puller even at this age. As the actor turns 84 on Sunday, here’s a short trip down his eventful life and how he connects with the world through social media.

The actor was born in Punjab’s Ludhaina district into a Jat Sikh family in 1935. Son of a school headmaster, Dharmendra was taken by the moving images from an early age. Hard as it may sound, Dharmendra got into Bollywood not through any connections or luck, but was selected as part of a Filmfare talent hunt contest.

Through much of the ‘60s and ‘70s, Dharmendra was among the top-billed actors on the era. In the ’60s, he starred in a number of hit films, most of them comedies and romantic movies, opposite a bevy of beauties of the day – Tanuja, Nutan, Nanda, Saira Banu to name a few. Around this time, his name was constantly associated with veteran actor Meena Kumari.

Come the 1970’s era and Dharmendra’s romantic image took a turn towards action dramas. He formed a formidable partnership with Amitabh Bachchan, working in hits like Sholay, Ram Balram and many more. Around this time, he met, co-starred and fell in love with actor Hema Malini, whom he subsequently married. This was problematic as he was already married with kids. From both his marriages, he has six children — Sunny Deol, Bobby Deol, Vijeeta and Ajeeta Deol with Prakash Kaur and Esha Deol and Ahana Deol with Hema Malini.

Today, Dharmendra leads mostly a quiet life, spending a lot of time on his farm in the outskirts of Mumbai. He constantly shares pictures and videos. He also shares family and throwback pictures, while his family including Esha, Bobby and now grandson Karan Deol also share lots of pictures with him.

On his birthday on Sunday, here are some of his family pictures.