Here is Sanya Malhotra’s take on her distinctive experience on shooting for an upcoming film! 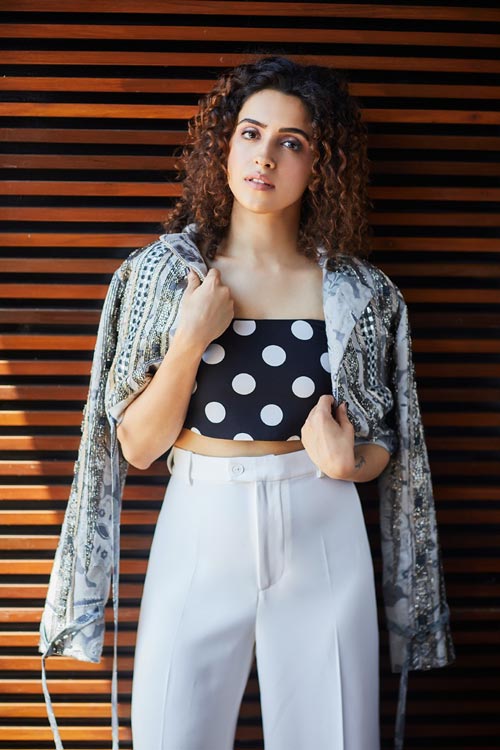 Sanya Malhotra is an actress that breathes life into characters on-screen with her impactful performances. She has made a space for herself in the Indian film industry with the awe-striking characters she has played. Not only is she renowned for her acting but she is also well acclaimed for her mesmerizing dance moves!

One might say that the actress is a multifaceted package of entertainment. Sanya is to be seen making an engrossing appearance in an upcoming Indian 2020 Hindi language dark anthology comedy film ‘Ludo’. The film contains four chapters, each of which revolves around a different story.

The actress is known to prepare immensely for all her characters to truly submerge into the depths of the characters, however, with Ludo things were very different as Anurag Basu’s brief for Sanya was basically just coming to the set unprepared.

It was quite an enriching experience as the actress went on the set completely clueless about the character and that was Anurag’s artistic appeal towards weaving the character which Sanya surely aced. This is proof of how the actress takes on different roles and experiments with her characters.

Apart from Ludo, she has created quite a huge space for herself in the industry on the basis of her dedication and passion towards acting, owing to which she has bagged roles in upcoming films like ‘Shakuntala Devi’ where the actress will be playing Anupama Banerjee while sharing the screen with Vidya Balan and Guneet Monga’s Pagglait.