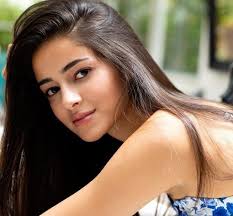 Ananya Panday who is known as the teen sensation to the nation will soon be seen in a different avatar on screen. The actress’s next film ‘Khaali Peeli’ which is slated to release next year will see the actress play the role of a typical Tapoori Mumbaikar and well, that’ll be the first time we would see her essay such a different character!

The teen sensation very recently disclosed how difficult it was for her to get the dialect and language right as it was something that was completely out of her comfort zone. “Director Maqbool Khan really helped me with my diction because the way my character, Pooja, speaks is completely different from what I do in real life. It’s not in comfort zone at all. More than learning the lines we had conversations. We didn’t stick to the dialogues as Maqbool sir is comfortable speaking that lingo. He taught me a lot of funny words and quotes that I can use”, shared Ananya while talking about the film.

The actress is surely someone who works extremely hard and that is clearly reflected on screen. Testimony of the same is the huge fan following that has been extremely loyal to her and look forward to watching her as she gears up for her upcoming films.

On the work front, Ananya Panday will soon be seen opposite Kartik Aaryan in the remake of the film ‘Pati Patni Aur Woh’ while her film Khaali Peeli opposite Ishan Khatter has also started the shooting schedule.