Hina Khan delighted her Instagram followers with a series of pictures of her outfit during her time in Cannes.

The actress is currently attending the prestigious festival.

At the same time, she has been setting major fashion goals with her outfits but one look in particular has attracted a lot of attention.

The Fovari dress featured embroidered details and was sheer in some parts, adding an element of boldness to the outfit. 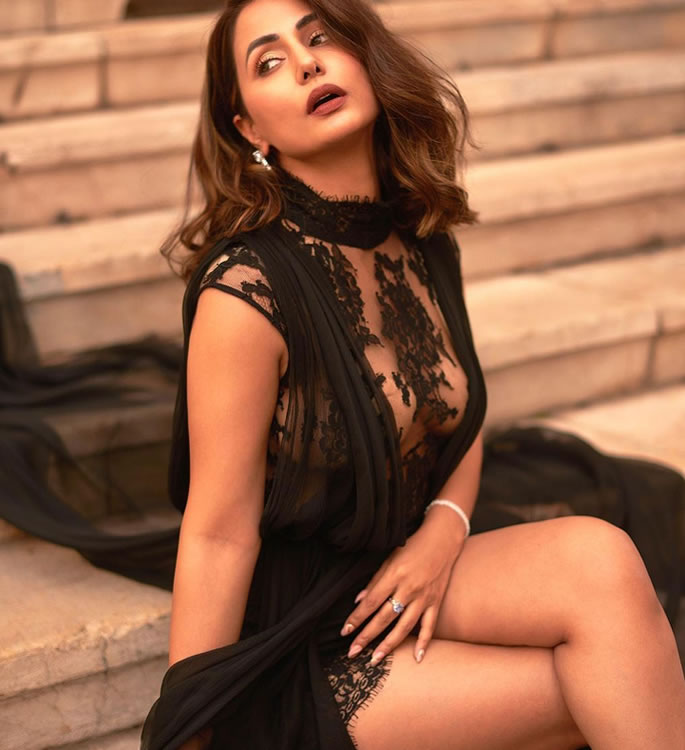 The dress accentuated Hina’s cleavage. She also showed off her toned legs.

Hina paired the dress with a dramatic sheer satin throw, making her look even more glamorous.

She added more oomph to the French Riviera with classic black heels from Shoemill.

For accessories, Hina sported diamond earrings, a ring and a silver bracelet.

Styled by Sayali Vidya, Hina wore her shoulder-length hair in wavy curls with a side parting.

She shared several pictures of her outfit and captioned the post:

“Forgive me, for I have sinned.”

Fans loved her look, with many leaving fire and love heart emojis in the comments. 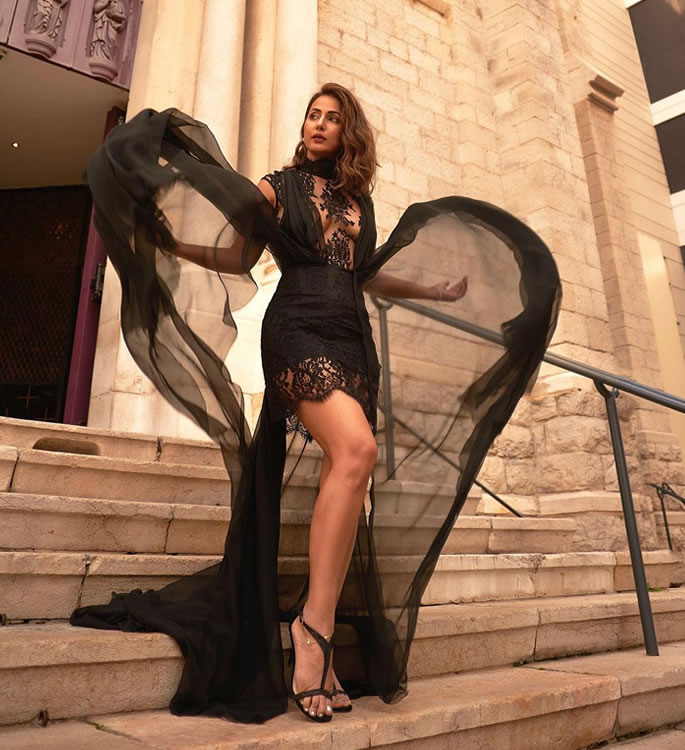 However, she admitted that she was left “disheartened” after not being invited to the India Pavilion opening ceremony.

Hina said: “You know we all belong to the same industry. We are from the entertainment business. We all have come here to represent India.

“And I am very excited for the launch of the poster of my film.

“They know I’ll be coming to the India Pavilion. I will be launching the poster of my film.

“I was very excited then came the news of… Before that, I’d like to tell you there’s this elitist system, elitist game which still exists.

“There’s the opening ceremony that happened in the Indian Pavilion. Everyone was there, all the talents, my contemporaries, not just from Bollywood, we had singers, we had many well-known talents.

“It’s not that I envy them. I am so proud of them. But at the same time, it was disheartening that I was not there.”

“I could have been in the audience at least cheering up for them when they were doing the ghoomar. I felt so proud of my country.

“I don’t blame the actors or celebs but it’s the people on the field who make it possible. I don’t want to blame my contemporaries.

“We all talk about women empowerment, equality but I think it’s easier said than done. Probably next year when I come to Cannes, I will be a part of it.” 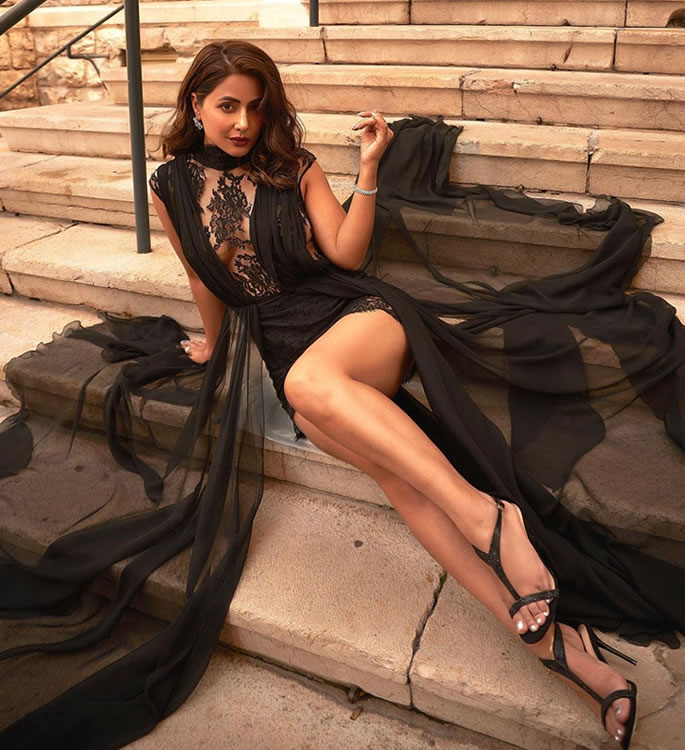 She went on to say that things might have changed but there is still a long way to go.

“I am welcomed and at the same time, it is tough as well to create your own place and space.

“Sometimes you may not be allowed to enter a certain space, so you have to create your own table and seat.

“It is very difficult from the background I come from. I am still slapped with ‘she is a television star’. Not that she is an actor from India. It does happen. But I am happy with my journey.”