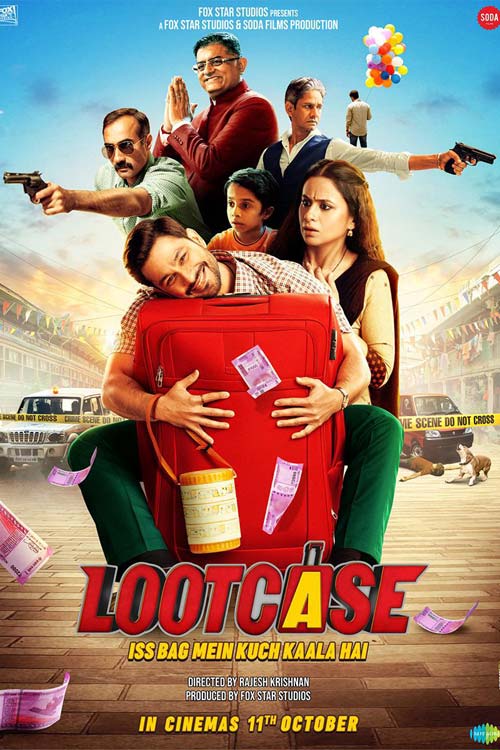 Lootcase starring Kunal Kemmu is a laughter ride about a middle-aged family man who comes across a suitcase full of money. The film’s trailer was released in September and created a huge buzz about the film among moviegoers with it’s quirky and unique plot.

The new release date for Lootcase has been shifted to the 10th of April 2020.

Lootcase received a lot of praises for its fun filled and thrilling trailer from fans and industry peers alike, the makers of the movie have adopted unique marketing campaigns where the posters and even the songs are all inspired from other famous movie.

Lootcase will see Kunal Kemmu in the lead along with Gajraj Rao, Rasika Duggal, Ranvir Shorey, and Vijay Raaz.

The movie is directed by Rajesh Krishnan and produced by Fox Star Studios and Soda Films Productions. Lootcase is all set to release on 10th April 2020.