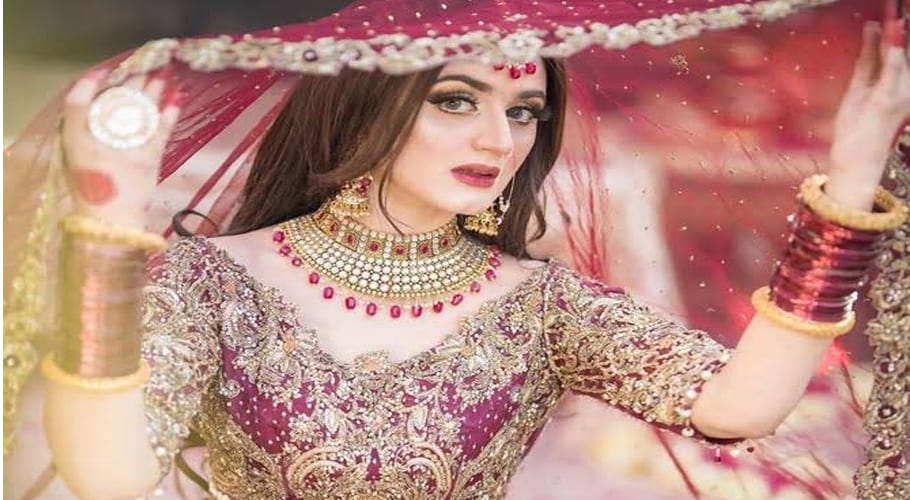 Hira Mani, one of Pakistan’s most critically acclaimed actors, has more than often made headlines for her problematic takes.

The Kashf star, who is married to Salman Saqib (Mani), has maintained how smitten she is with her better half in several interviews.

The couple cemented their popularity as a duo by co-hosting Hum 2 Hamara Show, which became a launching pad for Hira’s career as a host, and later as an actor.

Mani, on the other hand, has been active in showbiz since 2001.

In a recent tete-a-tete in a popular local show, Hira recently shared her two cents on how husbands who taunt their wives on weight gain are essentially helping women maintain their bodies.

As Mani sat with her, Hirasaid: “I do yoga often. It helps with core training.

“I can’t do hard weights. I do, however, take a clean diet. I have a terrible sweet tooth. So, whenever I treat myself with Falooda, I train harder.”

Mani was then inquired if he ever had to lose weight.

He told the host: “I did. I exercised, I did calorie deficit, portion control, intermittent fasting, OMAD.”

Hira chimed in: “No matter how busy we are, Mani and I make sure to go for a run or a walk once a day.

“He [Mani] helped me shed the extra weight I had put on. I had no trainer this time around, Mani helped me through it and the results were amazing.”

She added: “I had gained so much weight! I weighed around 64 kgs. That’s when Mani pointed out.”

Mani further commented: “Yes, but remember you watched that drama serial of yours.”

Hira recalled: “Yes! I saw that show and couldn’t recognise myself onscreen and thought, ‘Who is this aunty?’ That’s when Mani said, let’s go for a run.

“He helped me reduce 10 kgs in three months. No other trainer could help me achieve this target.”

The Do Bol actor went on to reveal how Mani ‘taunts’ her often with how well-maintained Bollywood actors are.

Hira shared: “He would taunt me so much! Mani would often say look at Katrina, look at Kareena – well, even Kareena is fat now – look at Deepika!

“I keep telling him that I am not Deepika or Katrina. I have two kids! He taunts. But I think that’s fair too.

“Husbands who taunt their wives are justified in doing so if it helps women to lose their weight.”

Hira then went on to thank Mani: “But even Hira taunts me now! She taunts me as well now.