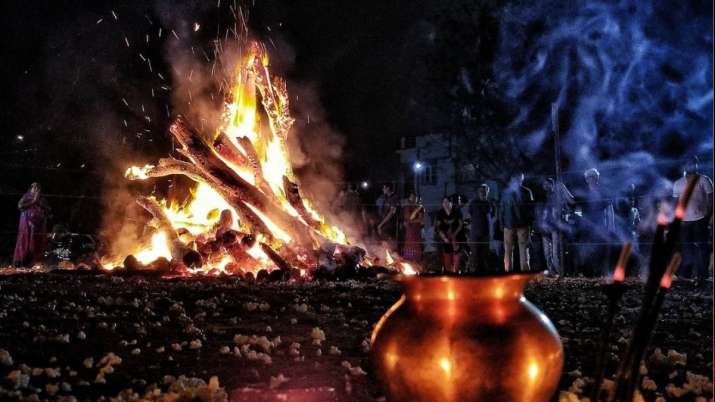 The festival of colors Holi is just around the corner and everyone has already started their preparation to celebrate the festival with great pomp and show. Also known as Basant Utsav, Holi marks the onset of spring after a long winter. According to the Hindu lunar calendar, the two-day festival is observed on the full moon day (purnima) in the month of Phalgun.

This year, Holi will be celebrated on March 29 while Holika Dahan is on March 28. On the eve of Holi, typically after sunset, a pyre is lit, signifying Holika Dahan that marks the victory of good over evil. People do parikrama of the fire while singing and dancing. They also roast cereals and take it to their homes. Woods and combustible materials are gathered and put together. Holi celebration begins soon after Holika Dahan. There are public celebrations and social events usually planned around this event. Although, the celebrations will be quite different this year due to the Covid-19 pandemic. Due to the increasing number of Covid cases, restrictions have been imposed and people are not allowed to take part in public gatherings.

As per mythology, there once lived a powerful king, Hiranyakshyap, who wanted everybody to consider him God. But, his own son, Prahlad, an ardent devotee of Lord Vishnu, refused to bow down before him. To get rid of Prahlad, Hiranyakshyap asked his sister, Holika to sit on a blazing pyre with Prahlad on her lap. Holika had boon that she can escape fire unharmed. Prahlad kept chanting Lord Vishnu’s name and hence, nothing happened to him while Holika died.

Holika Dahan during Pradosh with Udaya Vyapini Purnima. Bhadra prevails during first half of Purnimasi Tithi and auspicious work shouldn’t be done during Bhadra.

On Holika Dahan, people start gathering woods, twigs, branches, dried leaves and the Holika pyre is lit at an auspicious time in the evening. The bonfire has effigies of Holika and Prahlad, which is placed on the huge heap of woods. While the effigy of Holika is made of combustible material, that of Prahlad’s is made of non-combustible material.

After the fire is lit, people chant Rakshoghna Mantras of the Rig Veda in order to cast away the evil spirits. The ashes are collected next day in the morning and are smeared on the limbs. This is regarded as an act of purification.

People sit down facing either East or North direction with small water pot and puja thali. While circumambulating the bonfire, three, five or seven rounds of raw yarn are tied around the Holika. After that water from the pot is poured in front of the fire. After the puja is concluded, people smear gulaal on each other and seek blessings from the elders.

The celebration and puja vidhi of Holika Dahan varies from region to region.