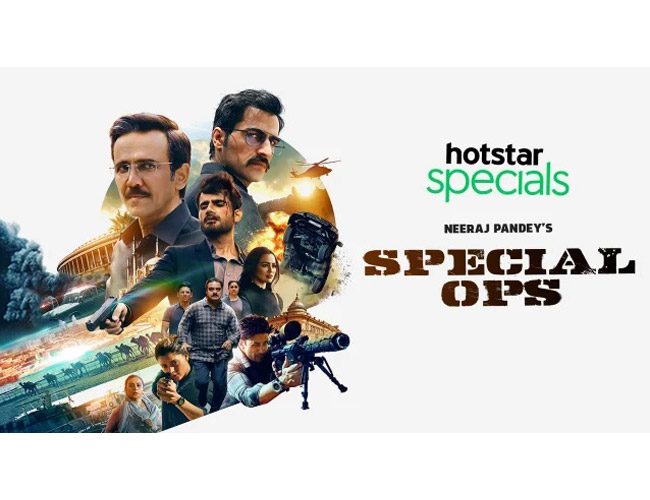 Hotstar Special recently dropped the trailer of Special Op, a spy thriller. The eight-part series is based on the role of R&AW in a series of terror attacks that India had to deal with over the last 19 years.

Five terrorists were caught in the 2001 Parliament attacks but Himmat Singh (Kay Kay Menon), Senior Analyst and Logistics Head of R&AW believes that there was a sixth member with the group, their leader. The Intelligence agency has been looking for him for the last 19 years. They are able to draw similar patterns in the 2001 Parliament attack, the 2006 Mumbai blasts, 26/11 in Mumbai in 2008, and the Kashmir attacks in 2016. All patterns go back to that one man, Ikhlaq Khan.

Himmat Singh is determined to get this man come what may. He leads a team of five intelligence agents played by Karan Tacker, Vipul Gupta, Saiyami Kher, Meher Vij, and Muzammil Ibrahim. Their hunt takes them to 12 different countries. Himmat Singh is seen telling his team that he doesn’t care about the casualties as all he wants is confirmation of Ikhlaq Khan’s death.

Director Neeraj Pandey (A Wednesday) opened up on the story and said, “Special Ops is a story I thought of many years ago – it’s a big idea that required a lot of patience and research to pursue and develop. With newer and exciting formats of storytelling gaining prominence, we were able to build a fabulous team to create this larger than life story that strings together many real events from the past two decades. For the first time in the history of Indian entertainment, the 2001 Indian Parliament Attack has been recreated on celluloid. That’s just one of the many big moments from the show.”

SPECIAL OPS is an Indian series by Neeraj Pandey for Hostar’s label Hotstar Specials with Kay Kay Menon leading the cast. Pandey along with Shivam Nair is set to direct the series with Pandey’s Friday Storytellers attached as a production house. The series is scheduled to premiere on 17 March 2020.