‘Hottest’ Disha Patani, a sought after brand; Winning over the brands circuit with wide popularity 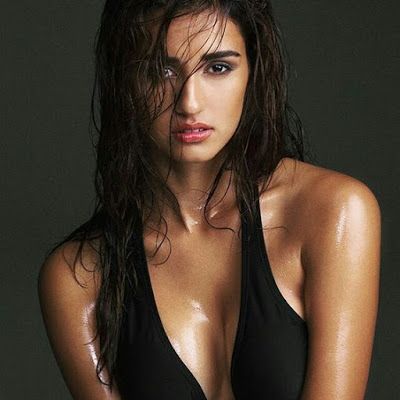 ‘Hottest’ Disha Patani, a sought after brand; Winning over the brands circuit with wide popularity

Whenever it comes to hotness, Disha is one of the first ladies to get on everyone’s mind and is hailed for her sizzling persona. Her brand is the strongest as ever and banking on her popularity which sees no bounds, every brand wants her as their face. Just within a few years into the industry, the actress who is hailed as the ‘hottest in Bollywood’ holds a value that not many of her contemporaries do.

Owing to her humongous fan base, with just a few projects that we have seen her in, it comes as a surprise that Disha truly is one sought after name amongst the brands, national as well as International. Disha is the face of several international brands along with a particular brand that stepped into India with Disha as their leading face, which makes her highly bankable.

Disha created a storm when she featured as part of an extremely visible campaign of an iconic beverage brand. Newspapers, screens and even the hoardings all across the city, Disha’s penetrated reach all over the country is proof of her popularity.

Her last release, Bharat has Disha’s sizzling dance moves in the song ‘Slow Motion’ and in no time, we saw videos of theatre-goers from distant cities in a complete frenzy over her performance and looks. From every front, the popularity and wide reach make ‘Disha Patani’ highly bankable and most promising- hottest being the X-factor in it all.

Be it MS Dhoni: The Untold Story (2016), Baaghi 2 (2018) or Bharat, Disha has raked up a streak of all 100 crore club films as well. Disha will be seen in Malang which is a Mohit Suri directorial which is all set to release later this week on 7th February 2020. Teaming up with Salman Khan again the Disha will be romancing Salman Khan on the big screen in Radhe and then, there is Ekta Kapoor’s KTina.