Indian cleaner arrested in Dubai for stealing watches worth millions 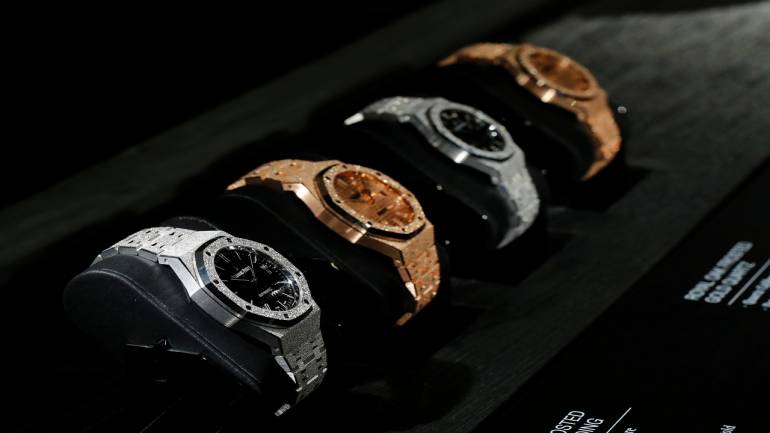 Indian cleaner arrested in Dubai for stealing watches worth

26-year-old Indian man has been arrested for allegedly stealing 86 expensive watches worth over USD 2 million from a shop in Dubai’s famous Gold Souq, according to a media report. The man, who worked as a cleaner, has gone on a trial at the Dubai Court of First Instance after he was accused of stealing the valuables from the watch and jewellery shop where he worked, the Khaleej Times reported.

A complaint about 86 stolen watches worth over Dh 8.3 million (USD 2 million) was filed on January 6 at the Naif police station, the report added. “I own shops that sell watches and jewellery in the Gold Souq. On December 25 last year, I was in one of my shops when an Indian salesman brought to my attention that a watch, worth Dh 30,000, was found in the trash bin,” an Iraqi businessman, 51, recounted in front of the public prosecution investigator.

“I took the matter lightly, thinking it must have fallen accidentally there. However, that caught the attention of an employee who went to my partner’s shop and alerted him.” After the incident, the owner then checked the CCTV cameras which showed the cleaner taking the watch, putting it in a box and dropping it in the trash bin so he could steal it later, the report said.

“When we confronted the cleaner, he confessed he was about to steal the watch as he needed money. He denied, though, having stolen any items from the other shops. But we did not believe him,” the owner said. “We contacted the his brother who was then in India and who works as a manager at our shops. I told him to come back to Dubai.”

When the owner and his partner asked the defendant again about the theft in the presence of his brother, he confessed he had stolen two watches worth Dh 250,000 and Dh 270,000, respectively. He sold each of them to a Pakistani man for Dh 10,000. He claimed he was not yet paid for the second watch and that he used to meet that Pakistani man after work at a nearby café, the report added.

During the public prosecution investigation, the defendant admitted he stole the watches and then sold them to his two accomplices who knew they were stolen. Two Pakistani men (cousins), aged 44 and 25, both fugitives, are on trial in absentia for possession of the stolen watches, it added.

(This story has not been edited by Devdiscourse staff and is auto-generated from a syndicated feed.)