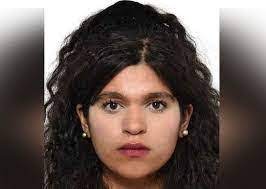 Scotland Yard have arrested a Tunisian national on suspicion of the murder and assault of a British woman of Indian origin in her student accommodation in London.

Sabita Thanwani, a 19-year-old British national, was found with serious injuries to her neck at Arbour House student flats in Clerkenwell area of London and pronounced dead at the scene on Saturday.

On Monday, her family paid tribute to their “beautiful and irreplaceable angel” whose life was cut “tragically short”.

“She was ripped away from those who loved her so very dearly; her mum, dad, brother, grandparents, extended family and friends,” the family said in a statement issued via the Metropolitan Police.

“Sabita was the most caring and loving person we have ever known. She inspired us every day of her precious 19 years of life. Her mission was to help everyone. She was studying psychology at City University to make this happen. Her whole life was ahead of her, a life where her radiant smile and incredible heart could only spread warmth and kindness,” they said.

“In her short life, she helped so many. Sabita was pure and did not see bad in anyone, because there was no badness in her own awesome heart. We will never ever stop loving or missing our beautiful, irreplaceable Sabita. The girl that was an angel upon the earth is now an angel in heaven,” they added.

Her family said that they pray that lessons will be learnt and “that somehow, there will come a day when girls and women are safe” and asked for privacy as they quietly grieve the tragic loss as a family.

Over the weekend, the Met Police had issued an urgent appeal for a 22-year-old man, Maher Maaroufe, who they said had been in a relationship with Thanwani.

The wanted suspect was eventually arrested by officers on Sunday around the same area of Clerkenwell where the victim’s body was discovered a day before.

“I would like to thank everyone for publicising and sharing our appeal to trace Maaroufe,” said Detective Chief Inspector Linda Bradley, from the Met Police Specialist Crime unit who is leading the investigation.