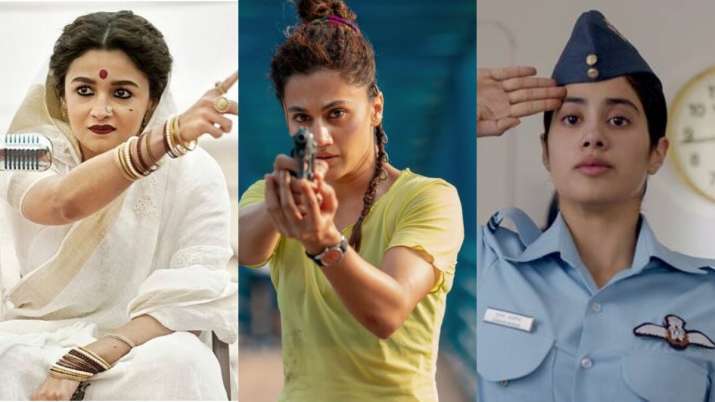 Each year, March 8 marks the celebration of womanhood. The day also calls for giving recognition to their roles and responsibilities at the social, political and economical front. It won’t be wrong to say that Bollywood films play a huge role in advocating behaviour change among the masses. The Indian film industry has given many brilliant women-centric films which have inspired the audience to achieve their full potential. The breakthrough stories, successful female leads from various walks of life have proved how women’s empowerment is important. Here’s the list of Bollywood films that celebrate the spirit of womanhood.

Sanjay Leela Bhansali’s biographical crime drama is a story of a small-town girl from Gujarat who transforms into the Mafia Queen of Kamathipura. She is a woman with agency, competent in taking the battle against those crossing her path. Gangubai was a woman of spirit and not a victim of circumstance and Alliat‘s film truly celebrates it.

Taapsee Pannu starrer Looop Lapeta is another 2022 release which pivots on a woman’s shoulder. Helmed by Aakash Bhatia, ‘Looop Lapeta’ also stars Tahir Raj Bhasin. The film is a crazy ride of a girlfriend, Savi (played by Taapsee) trying to save her lover, Satya (played by Tahir Raj Bhasin) from a series of fortunate and unfortunate events. She races against time to raise money to save her boyfriend’s life.

The Indian trilingual family drama film written and directed by Renuka Shahane follows the journey of three generations of women who interact on a deeper level. They find out disturbing details of their past when the eldest of the three falls into a coma and the other 2 decide to contribute to her biography in making. All 3 women are tormented by the men in their life or have also faced certain troubles due to each other. The film is a perfect example of how women need the support of not just men but also other women.

Janhvi kapoor Gunjan Saxena: The Kargil Girl is inspired by the true story of a Gunjan Saxena (born 1975), an Indian Air Force (IAF) officer and former helicopter pilot. She played a main role during the Kargil War. In 2004, after serving as a pilot for eight years, her career as a helicopter pilot ended as permanent commissions for women were not available during her time.

The film stars Vidya Balan in the leading role of an Indian Forest Service officer. The film deals with the subject of Ecofeminism. The branch of feminism ties the two movements of feminism and environmentalism together. Thus, the film locates male dominance and a patriarchal societal structure as the primary cause of the exploitation of both women and nature.