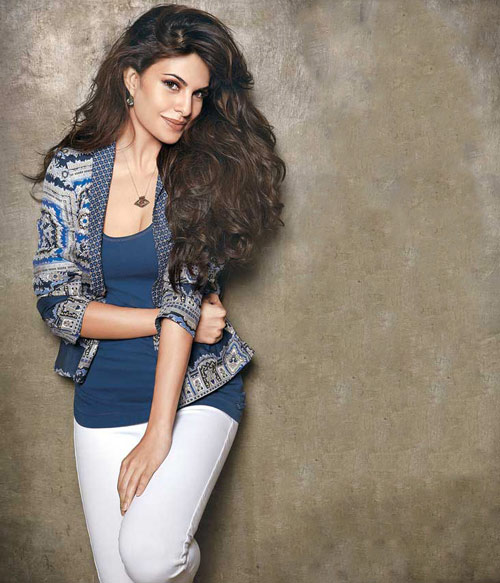 Bollywood’s Sunshine Girl Jacqueline Fernandez is known for her positive aura and shining her light with rays of hope amidst the darkest times. The actress has a philanthropic side to herself which is much more visible and evident during this time of the epidemic.

The actress has taken various steps to battle problems the pandemic has caused. Jacqueline assisted the daily wage workers during the Covid-19 lock-down by providing funds for getting supplies to 2500 families in Mumbai who are facing repercussions of the lock-down.

Recently, going live on social media, Jacqueline took the initiative to talk to a corona virus survivor to clear out the confusion about the virus and the do’s and don’ts to maintain during the lock-down.

The corona virus survivor was 21 year old girl from Surat, Gujarat whose name was Rita Bachkaniwala who spoke about her time in the hospital and informed us how it is important to declare the symptoms if you face them as you may spread the virus if you are affected by it. She told that quarantine is the only way out and cooperating is the key to it all. The corona virus survivor told us that the hospitals were very supportive during her time there.

Jacqueline and Rita’s live feed really helped spread awareness and alertness relating to the virus. It cleared out the fog of rumors surrounding the virus and educated us about the reality of it all. They really cleared out our misconceptions. Kudos to Jacqueline for taking up this initiative!

Prior to this we had seen Jacqueline spreading awareness about the impact of the virus on malnourished people in a live feed with ‘Action Against Hunger’ foundation who works towards providing food for people hit by malnutrition.

Jacqueline also takes to her social media to urge us to stay at home to stay safe. She says that this is the most optimum thing we could do in our current capacity.

The actress keeps herself busy and utilizes her free time during the lock-down to uplift the audiences spirit on social media by posting her workout videos and piano playing videos.

In these perilous times she is like a beacon who lights up her surroundings with her mirthful attitude among the darkness that the pandemic has caused. Jacqueline inspires everyone. She certainly invokes a sense of unison to battle the virus and sets standards for others to follow.