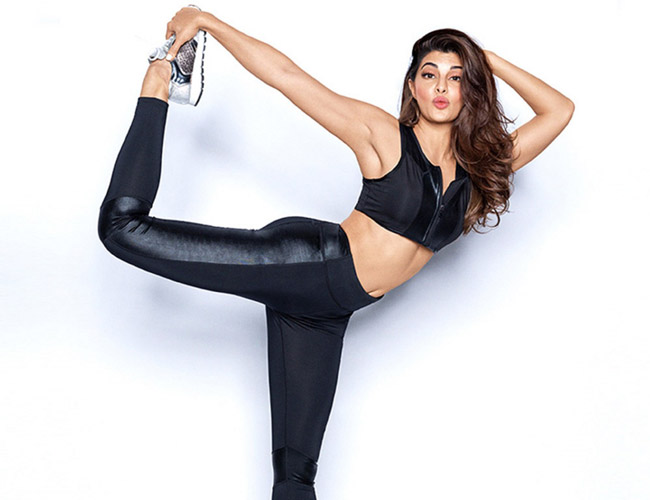 Jacqueline Fernandez is one of the fittest actresses in Bollywood and the actress has been giving us major fitness goals.

The actress took to her social media handle and shared a picture from her gym with the caption,  “Rise and shine @kuldeepshashi 💪🏻:”

Acing the gym look the actress is donning black yoga pants which are teamed up with a sports bra, and with a bright smile, Jackqueline does a full split.

Hailed as an influential public figure in India, Jacqueline Fernandez turned host for international pop sensation Katy Perry and Amanda Cerny on their recent visits to India and the actress shares a great equation with global influencers like Lilly Singh and Huda Kattan. Jacqueline will be seen next in Netflix Original, titled Mrs. Serial Killer.

Ever since the actress started her Youtube channel, she has been treating fans with glimpses into her life and also shares positivity through her exceptional reach. Jacqueline is one of the most influential actresses and is loved by fans all across the globe. She recently turned into a host for international pop sensation Katy Perry on her first-ever visit to India.

On the professional front, Jacqueline recently made her digital debut with Netflix’s Drive and will be seen next in yet another  Netflix’s movie “Mrs. Serial Killer”.