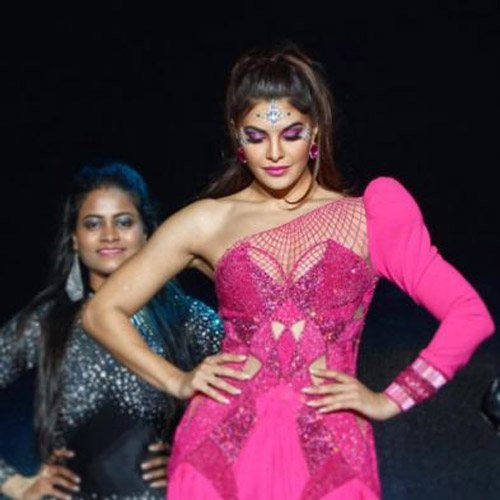 Jacqueline Fernandez has been one of the most influential stars in Bollywood. The star has had a busy month as she recently was on the cover of one of India’s leading magazine, followed by her recent debut on Youtube. The actress kick-started the month of November as she left for Dubai for the Dabaang Reloaded tour.

The gorgeous actress shared multiple clips of her rehearsals, performances and behind the scenes with her crew on her social media. The star has been always praised for the fact that she is the life of the place where ever she goes, and the clips prove just that.

The clips show Jacqueline grooving to songs at the Dubai Coco-Cola Arena rehearsals and during the performances. The actress also shared a sneak peek into her dressing room with her team and a short video edit of her looks for the night.

On the work front, Jacqueline’s latest movie Drive was recently released on Netflix and also she is all set for her movie Ms.Serial Killer to release on the same platform.

Jacqueline will also star in Salman Khan’s Kick 2 which will be directed by Sajid Nadiadwala.