Janhvi Kapoor trolled for ‘Trying to be Kim 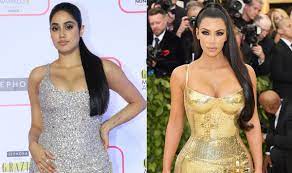 Janhvi Kapoor was trolled for “trying to be Kim Kardashian” as

she attended an awards ceremony.

The Bollywood actress attended the Grazia Millennial Awards and turned heads in a shimmering bodycon dress.

Her sleek ponytail was an edgy addition while her makeup complimented her outfit.

She went on to win the award for ‘Popular Choice – Most Loved Millennial’. 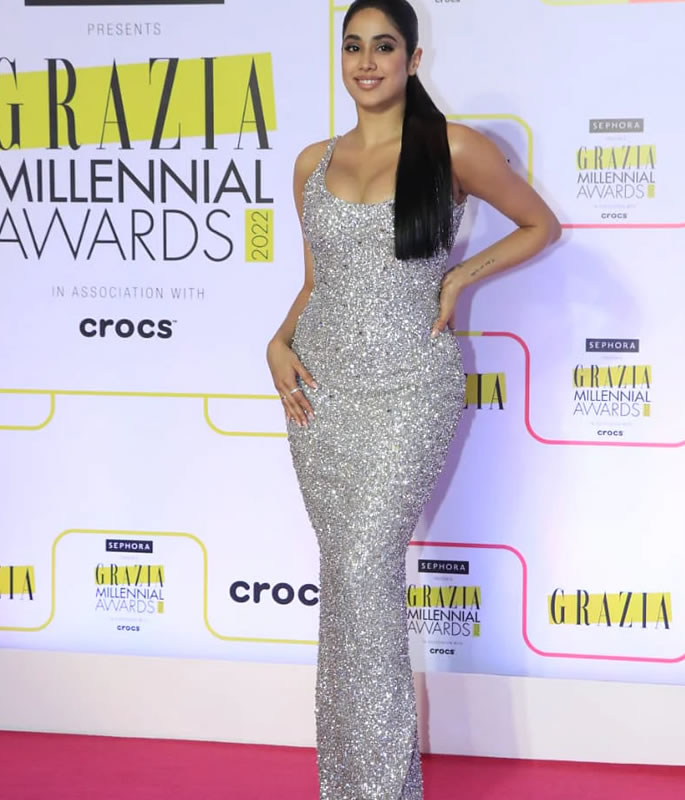 While some people loved her outfit, others decided to troll her.

Many accused Janhvi of “trying to be Kim Kardashian” after the American socialite sported a similar look at the 2018 Met Gala.

One person said: “She is trying to be Kim Kardashian.”

Another wrote: “Lol. She’s trying very hard to be Kardashian/Jenner, please tell her she can’t.”

A third commented: “She tryna do a Kim Kardashian and failing at it so bad, dear lord.”

A fourth person said: “Why is she looking like Kim Kardashian.”

One person said Janhvi looked worse than a cheap Kylie Jenner, accusing the actress of trying hard to copy her. The user said:

“She’s not even sasti Kylie. My God these star kids have a lot of tantrums, on the other hand, secretly copying pop stars.”

One person wrote: “I guess she had surgery.”

Another user asked: “How much spent on body surgery?”

A netizen said: “Full body and face transformation through surgery.”

Janhvi’s appearance also reignited the topic of nepotism as they wondered why she won an award.

“It’s amazing to see how people who are so poor with acting skills get awards.”

Another person said: “Nepotism award. Do Belly dance only… plzzz.”

One person wondered: “For what??? Worst acting.” 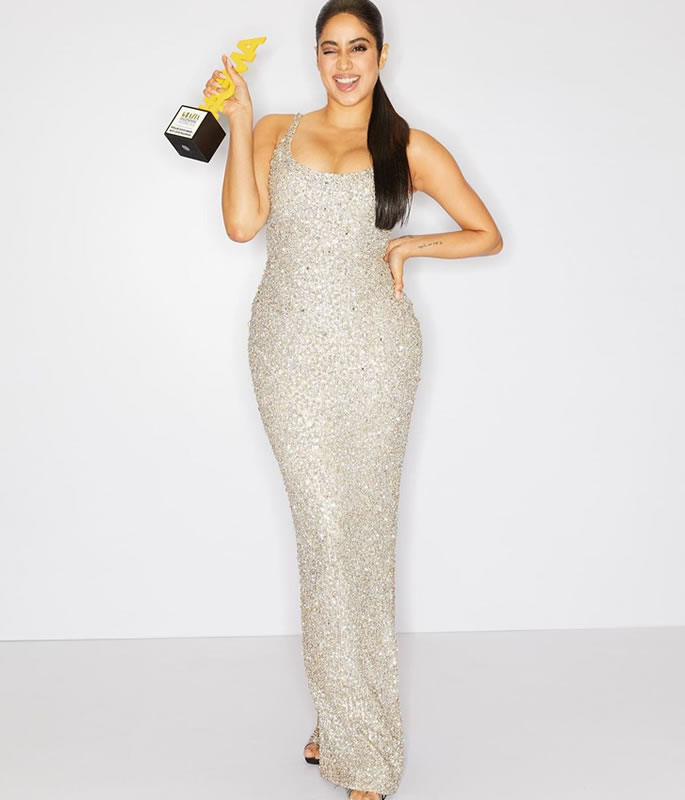 On the work front, Janhvi Kapoor was last seen in Roohi, which also starred Rajkummar Rao and Varun Sharma.

Her other upcoming projects include Good Luck Jerry and Dostana 2.

Janhvi also wrapped up filming of Mili, which marks the first collaboration with her father Boney Kapoor.

She also has Mr & Mrs Mahi. The film is set to go into production soon and will be directed by Sharan Sharma. It is expected to release in October 2022.

Janhvi recently announced her new project Bawaal, in which she will star opposite Varun Dhawan.