Janhvi Kapoor turns up the heat in Plunging White Dress Janhvi Kapoor was at her glamorous best as she attended a friend’s birthday party in a plunging white dress.

Prior to the party, Janhvi treated her fans to pictures of her stunning look.

The actress showcased the white bodycon dress, which was figure-hugging and featured a plunging neckline, accentuating her curvaceous figure.

She kept her accessories to a minimum to ensure that all eyes were on her outfit but made sure that they still made a statement.

Her hair was styled in a classy bun but allowed for a few strands of her brunette locks to fall down her face.

Meanwhile, Janhvi’s makeup featured smoky eyeshadow and dark mascara while her lips were a dark pink.

Passionate from miles away, passive with the things you say.”

Unsurprisingly, the pictures were adored by her fans, receiving over one million likes.

Many, including Manish Malhotra and Maheep Kapoor, were in awe of Janhvi and posted various emojis.

One fan said: “You are so gorgeous.” 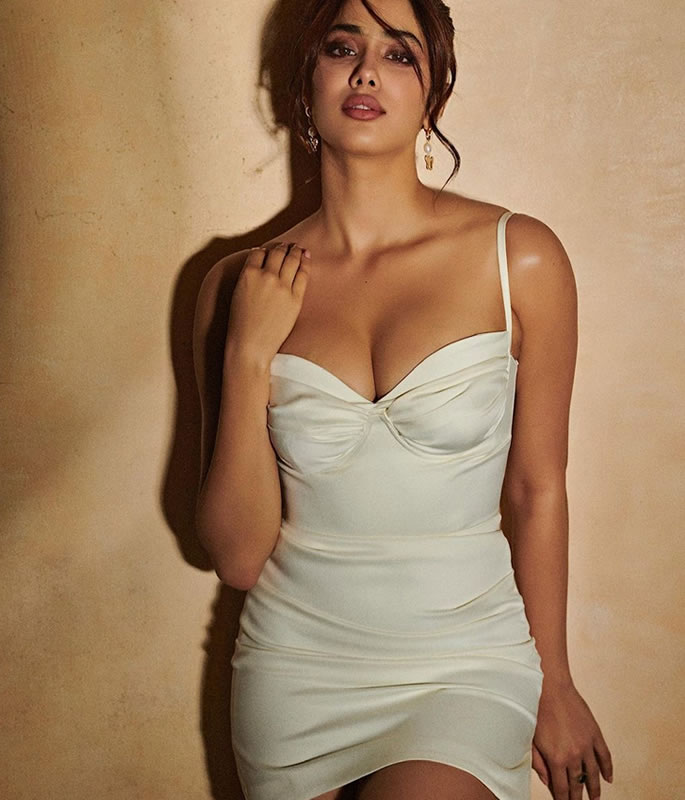 Others called the actress “hot” and “beautiful” as they showered love on the pictures.

Janhvi Kapoor attended Akshat Rajan’s birthday party in Mumbai and it looked to have been a white-themed party.

Friend Aaliyah Kashyap also attended the party and she shared pictures from the event. 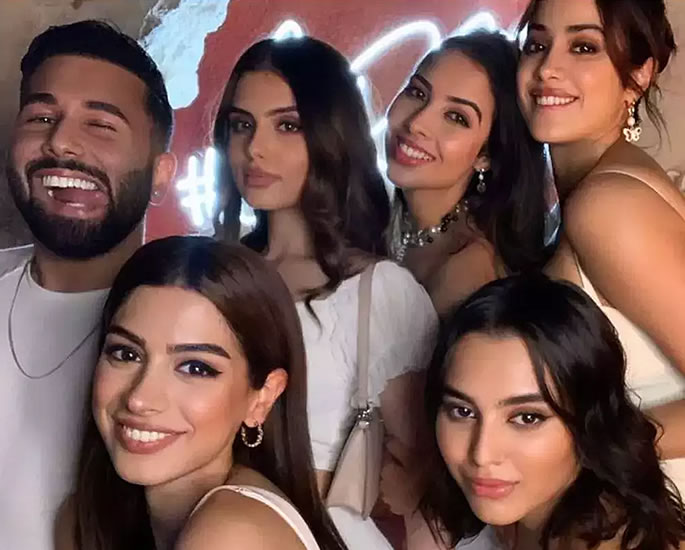 Photos included Janhvi and sister Khushi, Orhan Awatramani, Muskan Chanana and Aaliyah. The party was also attended by Ahan Shetty, his girlfriend Tania Shroff, Akansha Kapoor, and many others having the time of their life.

Khushi rocked a similar look to her older sister, wearing a white knitted dress which had a cheeky cut-out.

She paired the dress with a pink satin bag from Prada.

Her hair was left open, and she completed her look with glamorous makeup.

Meanwhile, on the work front, Janhvi Kapoor was last seen in Good Luck Jerry and was praised for her honest performance. 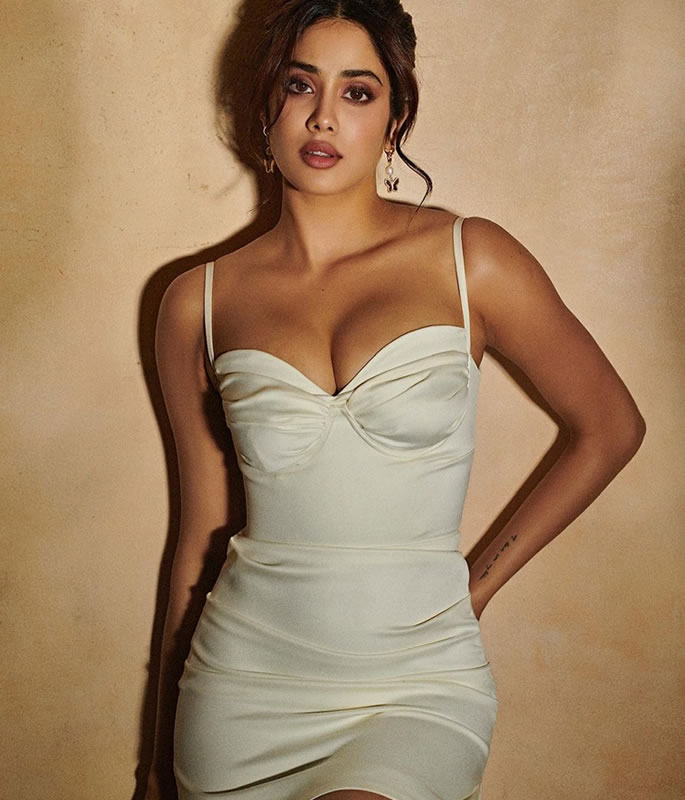 She has a number of projects lined up.

Janhvi is set to reunite with Rajkummar Rao for Mr And Mrs Mahi. The pair were previously seen onscreen together in Roohi.

She will also star in Mili, which is a remake of the Malayalam film Helen. This will mark her first collaboration with her father Boney Kapoor, who will be producing the film.

Janhvi also has Bawaal with Varun Dhawan, which is scheduled to hit the screens in April 2023. It is helmed by National Award-winning filmmaker Nitesh Tiwari, who is best known for Chhichhore.