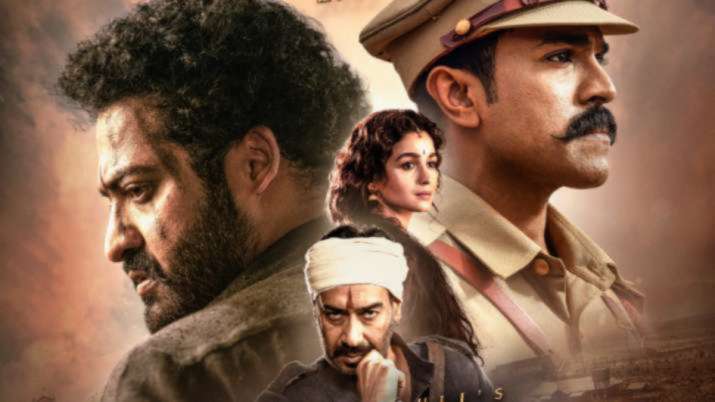 ‘RRR – Rise, Roar, Revolt’ is undoubtedly one of the most awaited pan-Indian movies, which is slated for a worldwide release on March 25. Headlined by south stars, Ram Charan and N T Rama Rao Jr, the film is a period drama set in the pre-Independence era and has been mounted on a huge scale. RRR promises to deliver a visual grandeur, depicting the fictional lives of Indian revolutionaries, Seetharamaraju (Ram Charan) and Komaram Bheem (Jr NTR). The multilingual magnum opus is gearing up for its grand release globally and will be released in Telugu, Tamil, Kannada, Malayalam, and Hindi. Helmed by SS Rajamouli, RRR also stars Bollywood actor Ajay Devgn and Alia Bhatia in pivotal role.

The film has been postponed multiple times due to the coronavirus pandemic since 2020. It was originally slated to release in theatres on July 30, 2020. Later, the release was postponed to January 7, 2021. Now, RRR will hit the big screens on March 25.

Ahead of RRR’s release, the Telangana government permitted a hike in ticket prices for the film. The government agreed to fix special ticket prices, which will be applicable for ten days from the movie’s release date. After that, normal ticket prices must come into force, as per the rules. Also, the authorities gave a green signal to screen five shows for the first ten days, from 7 am to 1 am.

What is RRR’s Release Date?

Fans are excited to watch SS Rajamouli’s directorial on the big screen. All the moviegoers can book RRR’s movie tickets on BookMyShow or on PayTM for any theatre/cinema halls near you. If you book through Amazon Pay, you may also get cashback in your Amazon wallet.

Who is the Director of RRR?

Who are the producers of RRR?

‘RRR’ is produced by DVV Danayya of DVV Entertainments. Jayantilal Gada (PEN) has bagged the theatrical distribution rights across north India and has also bought worldwide electronic rights for all languages.

What is the star cast of RRR?

What is the running time of RRR?

Who is the Music Director of Ram Charan starter?

You can download SS Rajamouli’s directorial from YouTube or from other paid subscriptions of Amazon, Hotstar and Netflix after the makers’ announcement.

Where can I watch the RRR full movie?

The film is releasing in theatres and won’t be available to watch online until the production house announces.