Kangana Ranaut reacts as court orders FIR against her: ‘Pappu sena in Maharashtra seems to be obsessing over me’ 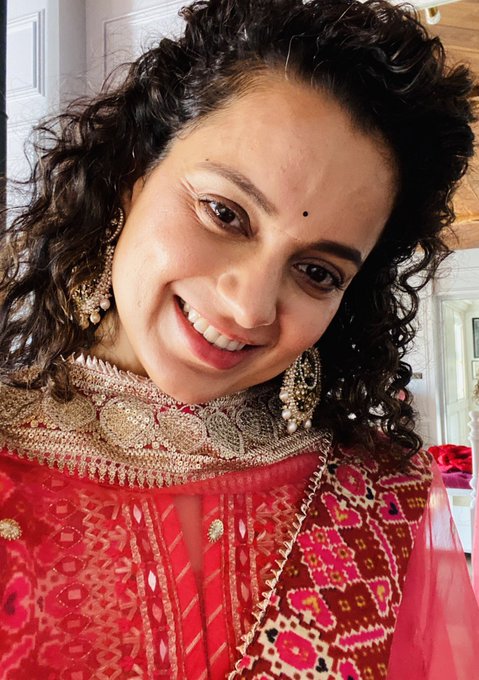 Kangana Ranaut took a dig at the Maharashtra government as a Bandra court ordered an FIR to be lodged against her and sister Rangoli Chandel for allegedly inciting ‘communal hatred’.

Kangana Ranaut seems to be unfazed after a Bandra metropolitan court ordered an FIR against her and her sister, Rangoli Chandel, for allegedly ‘trying to create hatred and communal tension’. She tweeted pictures of herself dressed up for the Navratri celebrations and said that the ‘Pappu sena in Maharashtra seems to be obsessing’ over her.

“Who all are fasting on Navratris? Pictures clicked from today’s celebrations as I am also fasting, meanwhile another FIR filed against me, Pappu sena in Maharashtra seems to be obsessing over me, don’t miss me so much I will be there soon #Navratri,” the actor wrote on Twitter.

A Bandra metropolitan court directed the Mumbai Police to file an FIR against actor Kangana and Rangoli, based on a private complaint by casting director and fitness trainer Munnawarali Sayyed that accused the actor of ‘trying to create hatred and communal tension’.

“On prima facie perusal of complaint and submissions… I found the cognizable offence has been committed by the accused. Total allegations are based upon comment on electronic media — Twitter and interviews. The accused used social media like Twitter. The thorough investigation is necessary by the expert… search and seizure is necessary in this case,” metropolitan magistrate Jaydeo Khule said in his order.

Rangoli’s Twitter account was earlier suspended for her controversial posts with communal undertones. Kangana said in August that the ‘movie mafia’ was trying its best to silence her by getting her account suspended as well.

“My friends here may find my talks unidimensional, mostly directed at movie mafia,their antinational and Hinduphobic racket.I know my time is limited here,they can get my account suspended any minute, even though I have a lot to share but I must utilise this time to expose them,” she had written on Twitter.