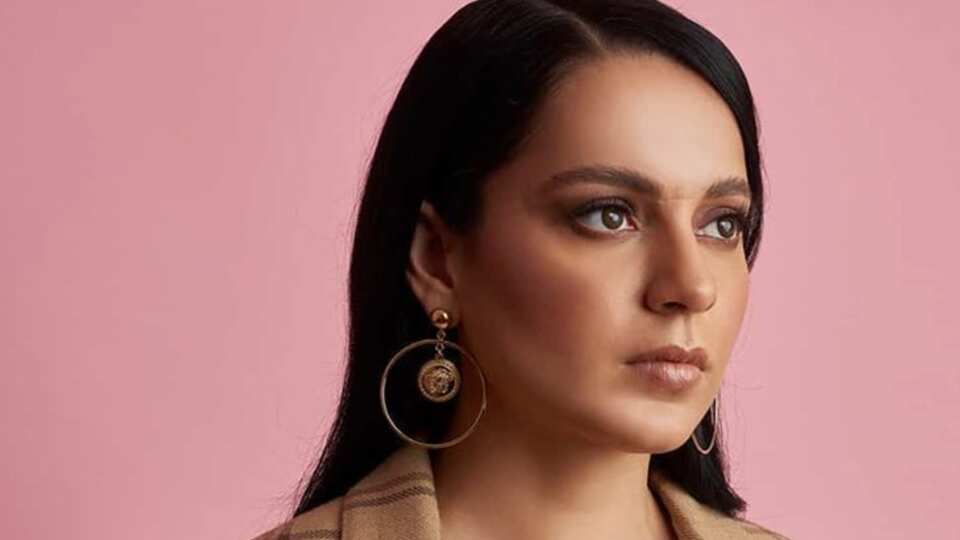 Kangana Ranaut shares video on mistreatment of film workers on sets: ‘All Bullywood hyenas gathered to attack the media’

Kangana Ranaut has reacted to Bollywood film producers’ lawsuit against media houses by sharing clips from an old documentary. Kangana called the producers hyenas who do not care for workers on their sets.

Kangana Ranaut has called Bollywood producers who filed a suit against media channels ‘hyenas’. The actor says they have attacked the media for their own right but pay no heed to the needs of the hundreds of workers who are on film sets every day.

Kangana shared a video on Twitter and wrote, “All Bullywood hyenas gathered to attack the media for calling them names, I want to ask them why don’t they show such unity to stand for injustice done to labourers, women, stuntmen? They demand their own human rights but show absolute dispassionate for others human rights.” The video is from a 2017 documentary called Living on the Edge. It is about the plight of film crew which are not provided basic amenities at their workplace.

On Tuesday, as many as 38 film associations and producers had filed a lawsuit in the Delhi High Court against two media channels and four journalists for defaming the film industry. The producers included some of the biggest names of Bollywood such as Shah Rukh Khan, Ajay Devgn, Salman Khan, Aamir Khan, Karan Johar and others.

Reacting to their decision, Kangana had called Bollywood a gutter and told them to ‘sue’ her too. “Bullywood the gutter of drugs, exploitation, nepotism and jihad it’s lid is off instead of cleaning this gutter #BollywoodStrikesBack well file a case on me also, till the time I am alive I will continue to expose you all #BollywoodStrikesBack,” she wrote. “Big heros not only objectify women but also exploit young girls, they don’t let young men like Sushant Singh Rajput come up, at the age of 50 they want to play school kids, they never stand up for anyone even if people are being wronged before their eyes,” she said.

“Their is an unwritten law in the film industry ‘you hide my dirty secrets I will hide yours’ the only basis of their loyalty to each other. Since I am born I am seeing only these handful of men from the film families run the industry. When will this change,” Kangana added in another tweet. “I have been complaining of exploitation and bullying in Bollywood for many years. An artist has died. If the gutter of Bollywood is being cleaned on the pretext of Sushant’s death, why is it bothering them so much? I have the full details of it too,” she said.

The lawsuit has sought direction to Republic TV, its editor-in-chief Arnab Goswami and reporter Pradeep Bhandari, Times Now, its editor-in-chief Rahul Shivshankar and group editor Navika Kumar, and unknown defendants as well as social media platforms to refrain from making or publishing allegedly irresponsible, derogatory and defamatory remarks against Bollywood.