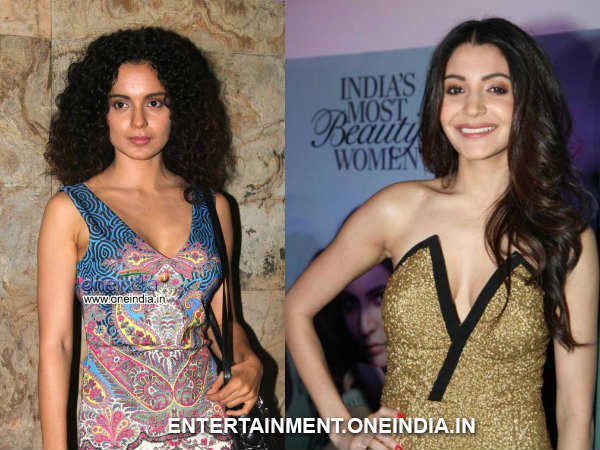 “#Anushka remained quiet when I was threatened and called Haramkhor but today the same misogyny coming to bite her, I condemn the fact that she was dragged in to cricket by #SunilGavaskar but selective feminism is equally uncool,” she wrote on Twitter.

Kangana said in a follow-up tweet that Sunil Gavaskar’s comments did not have a sexual connotation but he should not have mentioned Anushka, nevertheless. “Only a sex starved pervert will find sexual context to #SunilGavaskar’s statement which he made on national television for a woman, he should’ve not mentioned her, but Anushka is playing a cricketer in her next and there are several videos of her practising with her husband,” she wrote.

Earlier this month, Kangana was called a ‘haramkhor ladki’ by Shiv Sena leader Sanjay Raut after she likened Mumbai to Pakistan-occupied Kashmir. Some of her colleagues from the film industry including Ranvir Shorey, Dia Mirza and Anubhav Sinha came out in support of her and condemned the remarks.

On Thursday, Sunil Gavaskar, while commenting on Virat Kohli’s batting, had made a reference to Anushka. The former cricketer said that Virat practised only to Anushka’s bowling during the lockdown, referring to a viral video of them playing cricket on their terrace in May, and added that it would do nothing to improve his performance on the field.

Anushka took to Instagram stories to hit back at him for his ‘distasteful’ comments. “That, Mr Gavaskar, your message is distasteful is a fact but I would love for you to explain why you thought of making such a sweeping statement on a wife accusing her for her husband’s game? I’m sure over the years you have respected the private lives of every cricketer while commentating on the game. Don’t you think you should have equal amount of respect for me and us?,” she asked.

Also read | Deepika Padukone was the admin of WhatsApp group in which drugs were discussed: report

“I’m sure you can have many other words and sentences in your mind to use to comment on my husband’s performance from last night or are your words only relevant if you use my name in the process? It’s 2020 and things still don’t change for me. When will I stop getting dragged into cricket and stop being used to pass sweeping statements? Respected Mr Gavaskar, you are a legend whose name stands tall in this gentleman’s game. Just wanted to tell you what I felt when I heard you say this,” she added.

Sunil Gavaskar, meanwhile, has denied allegations of sexism and said that he was only commenting about Virat’s inability to strike the ball due to ‘lack of practice’. “Virat also had no practice and the only practice that they had was when they were seen playing in their building compound and Anushka was bowling to him. That’s what I said. That’s the only bowling, I have not used any other word. She was bowling to him, that’s all. Where am I blaming her? Where am I being sexist in this?,” he told India Today.