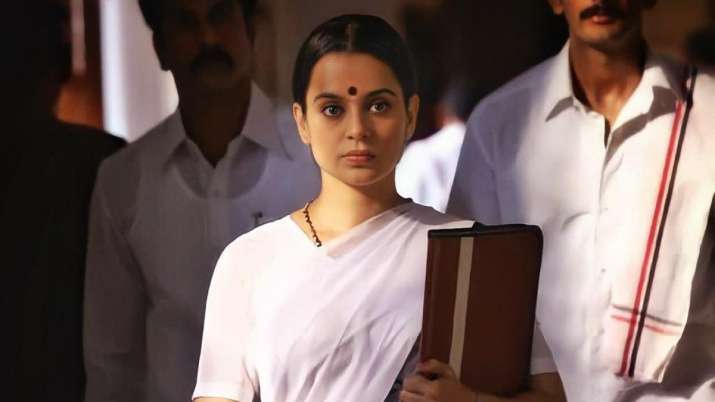 Kangana Ranaut‘s much anticipated film ‘Thalaivi’ has been postponed. The film was scheduled to hit the screens this month, however, the makers Friday announced that the film has been delayed. In a statement, the makers said since the number of coronavirus cases are rising sharply, keeping in view the safety of the people, the film will be released later. “Thalaivi” tells the story of late former chief minister of Tamil Nadu J. Jayalalithaa, and traces her life from her rise in the world of films as an actress to becoming a powerful politician who would ultimately rule the state.

Kangana too shared the news on her verified Twitter account. She wrote, “Theater business can only be revived if theatres open”

In a statement, the team of ‘Thalaivi’ shared, “As a team, we have sacrificed a lot in making this film and thank every member of the cast and crew who supported us in this challenging but remarkable journey. Since the film has been made in multiple languages, we would like to release if in all languages on the same day. But with an alarming rise in COVID-19 cases, subsequent precautions and lockdowns, even though out film is ready for release on 23rd April, we want to extend all the support towards the government rules and regulations and have decided to postpone release of ‘Thalaivi’. Though we are deferring the release date, we are confident that we will receive as much love from you all then as well. Stay safe and looking forward to everyone’s support.”

Directed by AL Vijay, the tringual film will be released in Hindi, Tamil and Telugu. The film also features Arvind Swami, Prakash Raj, Madhoo and Bhagyashree in key roles.