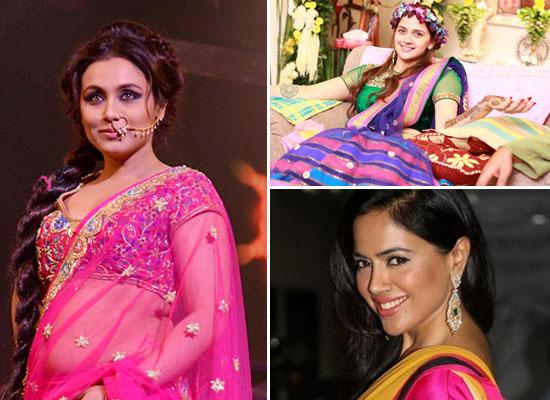 Bollywood celebrities such as Raveena Tandon, Shilpa Shetty, Mira Rajput and others were spotted on the occasion of Karwa Chauth on Thursday. See pictures here.

Bollywood personalities such as Mira Rajput, Raveena Tandon and Shilpa Shetty were spotted on Thursday, prepared to celebrate Karwa Chauth. Each of them was dressed in traditional attire for the occasion.

Pictures of Raveena, exiting from her car, were shared online. Meanwhile, Shilpa looked radiant in a red saree. Both were attending a special function at Sunita Kapoor’s house. Others who were spotted at the annual gathering were David Dhawan’s wife, Lali Dhawan; Sanjay Kapoor’s wife Maheep Kapoor; Padmini Kohlapure, Neelam Kothari, and others.

Shilpa is married to businessman Raj Kundra, with whom she tied the knot in 2009, and has a son, Viaan. Raveena is married to Anil Thadani, while Mira tied the knot with actor Shahid Kapoor in 2015. Mira and Shahid have two children — daughter Misha and son Zain. She spoke about their 14-year age difference in a recent interview to Vogue India. She said, “His fluidity towards life is another quality I love. It’s helped me ease up a lot. He’s lived longer, so if anything, I can benefit from his experience, and he can benefit from my fresh perspective.”