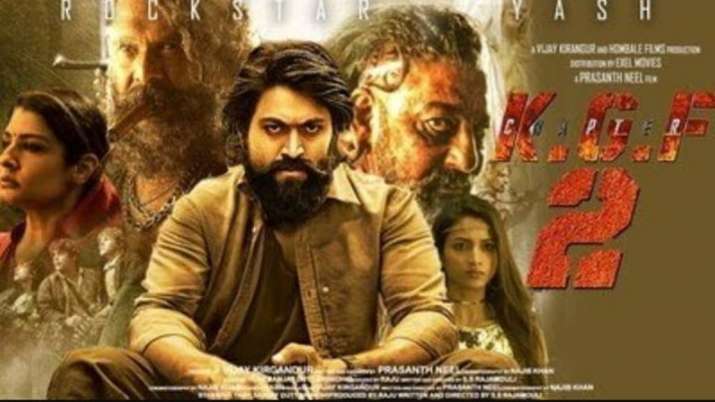 KGF: Chapter 2 is a box office success. Since its release, Yash’s film has taken over the ticket window across the country. In a new feat, KGF 2 has now become the third highest grossing Hindi film after Baahubali 2 and Dangal. According to boxofficecollection.in, Baahubali 2 starring Prabhas minted Rs 510.99 crore in Hindi while Amir Khan’s Dangal collected Rs 387.38 crore in its lifetime at the box office.

‘KGF: Chapter 2’ claimed the highest opening day, opening weekend and opening week for any film in the Hindi belt and became the fastest film to reach the Rs 250 crore benchmark.

‘KGF: Chapter 2’ was released nationwide on April 14, 2022, destroying a few records and creating some new ones. Talking about the global box office, the film has already grossed Rs 1,000 crore. Helmed by Prashanth Neel, ‘KGF 2’ stars Yash as Rocky Bhaai, an underdog who rises as a super powerful don.

Recently, Kannada star Yash, who is overjoyed with the overwhelming response to ‘KGF: Chapter 2’, posted a video on social media in which he expresses his gratitude for the biggest win in his theatrical career.