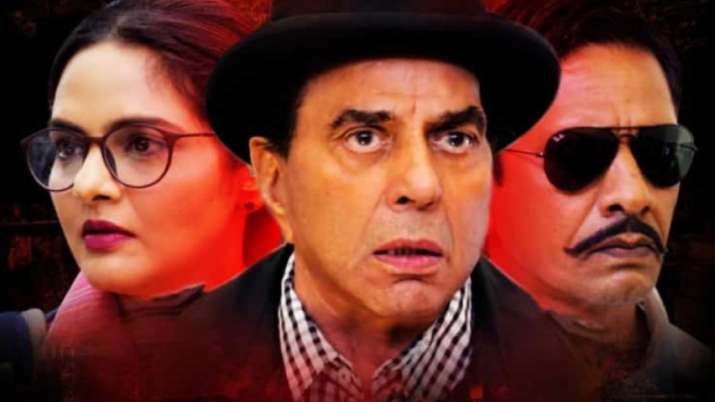 The horror comedy film titled Khalli Balli is all set to enthrall the viewers this September. The film has an exciting story and star cast with big names like Dharmendra, Madhoo, Rajneesh Duggal, Kainaat Arora, Vijay Raaz, Rajpal Yadav, Yasmeen Khan, Asrani, Rohan Mehra, Hemant Pandey, Brijendra Kala and more. It is produced by Bollywood’s one of the top film production houses, One Entertainment.

Khalli Balli is based on a model named Sanjana who wants to become a top Bollywood actress. To make her dream come true, she gets into a relationship with Rohit, who is the owner of an ad agency. Rohit tries to produce films starring her but none of them completes. The situation gets weird when strange things start happening with Sanjana. To solve the mystery, Rohit and Sanjana seek the help of Inspector Singh, Dr. Anushka, and Prof. Gurpal.

Apart from an exciting storyline and star cast, Khalli Balli also promises impressive music. With singer like Kumar Sanu lending his voice to the songs of Khalli Balli, we can’t wait for the film’s music to come out. Other than Kumar Sanu, there are more talented singers like Altamash, Yasir Desai & Mithu Ahmad who have sung for the movie. The music of the film has been composed by Poonam and Shivam Bagchi, while the lyrics have been given by Sabbir Ahmad.

The film is directed by Manoj Sharma. From working as an Assistant Director for acclaimed filmmaker Anil Sharma to writing and directing for Swaha, Bin Phere Free Mein Tere, Life Mein Time Nahi Hai, and more, Manoj’s portfolio has great variety of films.

A renowned name, Kamal Kishor Mishra has produced Khalli Balli. He debuted as a producer in Bollywood in 2019 and co-produced Sharma Ji Ki Lag Gayi. After that, he started One Entertainment Film Productions, which is now gearing up for the release of more films like Bhootiyapa and Dehati Disco after Khalli Balli.

Khalli Balli will be releasing in cinemas, which means that cine lovers can enjoy the movie on the big screen along with families. The film is slated to release on September 16.