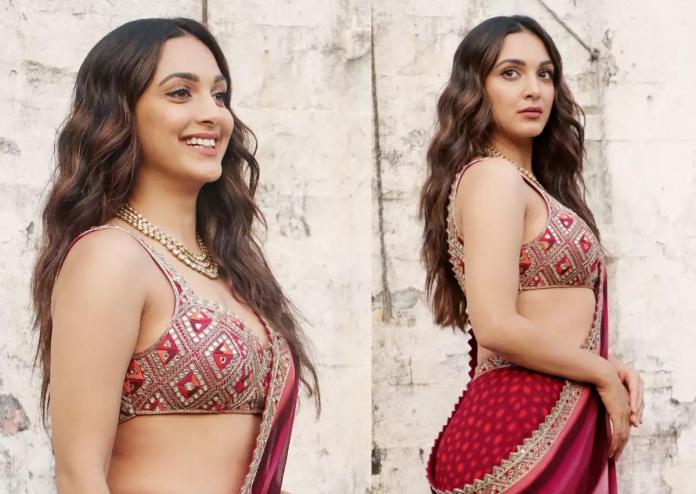 Kiara Advani on some of the most googled questions about her, from who her best friend is to whether she is ‘rich’ in a new interview. She also revealed her celebrity crush (Hrithik Roshan) and why she changed her name.

The first question was about Kiara’s best friend. She clarified whether Isha Ambani was indeed her best friend, as various websites claim. “Isha is a very close friend, she is an old friend. My best friends are girlfriends of mine from school – Sanya, Kareena, Charvi, Anuja, Sakshi,” she told Radio City. She added that they have nicknamed themselves ‘HRC’, after Hard Rock Cafe, which used to be their hangout.

On being asked, “Is Kiara Advani rich?”, she answered, “It depends how you define rich. I would like to say I am rich in my values and culture and emotions.”

The actor was also asked why she changed her name to Kiara from Alia. She explained that she wanted her ‘own identity’ and did not want people confusing her withAlia Bhat. She revealed that her family is ‘spoilt for choice’ and calls her various names at home — Aloo, Als, Kiara — but mostly ‘Ki’.

Most recently, Kiara was seen alongside Sidharth in Shershaah, based on the life of Kargil War hero Captain Vikram Batra. She played his girlfriend Dimple Cheema. The film released on Amazon Prime Video on August 12.

Talking about the film, Kiara told PTI, “Shershaah gave me a deeper insight into unconditional love and selfless support. Through the making of Shershaah I got to first hand witness the sacrifices of their (armed forces) loved ones, who are the true pillars of support to the men of the Indian Army. For me, Dimple is an unsung hero, who fought for her love and faced every challenge that came in her personal life with utmost strength.”