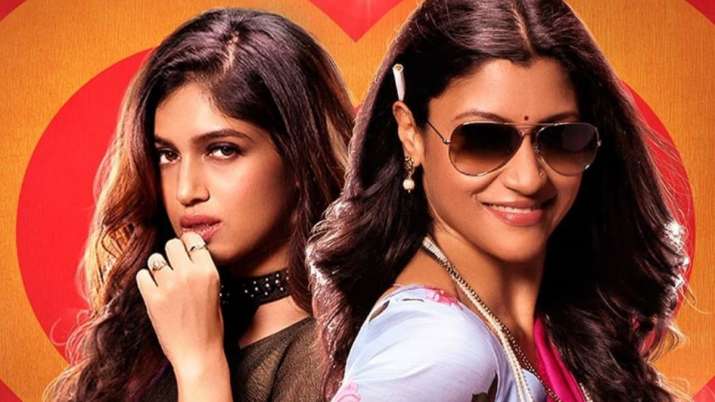 Actor Konkona Sen Sharma was “thrilled” when Alankrita Shrivastava’s “Dolly Kitty Aur Woh Chamakte Sitare” came her way as the film gave her the “rare” opportunity to play a flawed woman. The film, also featuring Bhumi Pednekar, chronicles the lives of two cousins in Greater Noida who, through their rise, fall, missteps and unlearning, enable each other to find freedom.

As Dolly – a married, working, ambitious woman navigating the messy part of liberation – Sharma felt a rarity in the way the character was written by Shrivastava, with whom she also worked on 2018’s “Lipstick Under My Burkha”.

In an interview with PTI, the actor said she has never played a woman who is “quite as bad*** as Dolly”. “I felt liberated from having to always play that perfect, strong woman who never makes any wrong decision. It was liberating to play a woman who is so ambiguous and sometimes taking some decisions, which are ambiguous as well.”

In her career of more than 20 years, Sharma has played several celebrated characters, from “Page 3”, “Life in a Metro”, “Wake Up! Sid”, “Omkara”, to “Luck By Chance”.

The actor said while it would be a stretch to say there is a struggle to get parts like Dolly, she wished she had more diverse characters to choose from.

“There’s no struggle as such, but it’s an acknowledgement of such a juicy part. Of course, it would be amazing if one had a plethora of such roles to choose from, but unfortunately that’s not the case and I’m not surprised.

“I’ve been acting for more than 20 years so I know what it is. What I’m happy about is that this has happened!”

For the 40-year-old actor, several layers to Dolly, a woman grappling with an uninterested husband, sexuality of her child, and differences with her sister, mirrored the complexity of one’s life, which seldom finds a “truthful” portrayal on screen.

Sharma said she often finds that even in “progressive scripts”, the makers make a “concession” by not choosing to go all out to showcase a woman’s agency.

“You’re used to that. Rarely you feel there’s something which is telling it as it is. It isn’t making any apologies, doing away with niceties. I loved that attitude, that ‘hey we are all adults, this is how it is.’

“It doesn’t underestimate the viewer at all. I love Alankrita’s world, the way she inhabits and represents women…”

Produced by Ekta Kapoor and Shobha Kapoor, the film was earlier eyeing a theatrical release before the coronavirus pandemic forced theatres to shut shop. The film eventually landed on the streaming platform Netflix.

The fact that “Dolly Kitty…” resonated with her personal idea of female liberation made the film special for Sharma, she said.

“I feel liberated as a woman, in the way I live my life. However, it’s not always reflected in the world around me. So I feel privileged but also isolated. “That’s why one is so pleased to have come across a space where people like Ekta have supported the film, Alankrita is writing films like these.”

Sharma empowerment is different for every woman but the film talks about the idea and “Hopefully that will start a conversation”. “Dolly Kitty…” also stars Vikrant Massey, Amol Parashar and Aamir Bashir.