Larger than life, fans can’t control their excitement as Yo Yo Honey Singh performs at a concert in Kolkata. Check out the fan frenzy! 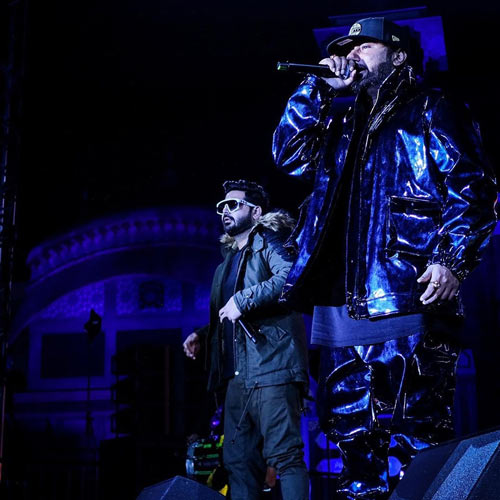 Yo Yo Honey Singh has the never stopping fan following for his music and his live performances are proof of the popularity he possesses. Recently, the rapper performed live in Kolkata and that was the biggest affair for his fans as they couldn’t control their excitement.

The rapper performed some of his hit songs at the concert held at a college in Kolkata where the entire venue was full of students and fans. The super excited fans were high on spirit where Honey Singh surely set the screen on fire. The crowd was not only singing along and dancing to it but also, were seen flashing lights creating an atmosphere high on fandom, love and music. Honey also, made sure to keep his fans updated with his Kolkata concert and shared videos of the show on his social media which show the massive amount of love he received from his fans there!

Yo-Yo Honey Singh’s next is awaited by all and everyone is demanding some new hits to shake a leg on and get groovy. The musician has always given the best of songs and even at the concert his latest hits were the perfect songs, that the fans wanted to party on- namely, Dheere Dheere and many others. The music sensation often treats his fans with shows and tours.

Some of Honey Singh’s evergreen and groovy hits include Chaar bottle vodka, Dheere Dheere, Chote Chote Peg, Blue eyes and much more. The songs have become party anthems and no celebrations are complete without the same.