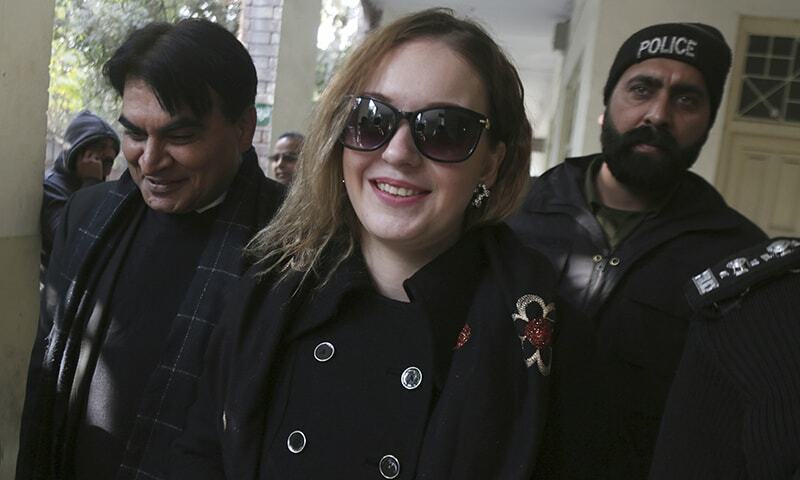 The Lahore High Court (LHC) on Monday acquitted a Czech model sentenced in 2019 for attempting to smuggle heroin from Pakistan to Abu Dhabi.

In March 2019, a sessions court had sentenced Tereza Hluskova to eight years and eight months in jail. In April the same year, she had challenged her conviction in the case. She has insisted someone had placed the drugs in her suitcase.

The appeal against the sentence filed through a counsel stated that the trial court handed down the conviction beyond the merits of the case and without any concrete evidence against the appellant.

It plead that the trial court solely relied upon the concocted story of the prosecution and ignored the facts of the case. The appellant asked the high court to set aside the conviction and acquit her of the charges.

During today’s hearing, Hluskova’s lawyer Saiful Malook maintained that it could not be proven that the supposed narcotics were safely transported to the laboratory for testing.

He said that the investigation did not provide details about who transported the samples to the lab, therefore there remained the possibility that they were swapped. The court acquitted Hluskova after listening to the arguments.

Meanwhile, the Czech foreign ministry said that Hluskova’s release should follow “within days after the verdict is processed”.

On Jan 10, 2018, custom officials had arrested the model after finding nine kilogrammes of heroin concealed in her luggage.

The sessions court had also acquitted a co-suspect, Shoaib, for lack evidence. Three other co-suspects in the case were also declared proclaimed offenders during the trial.