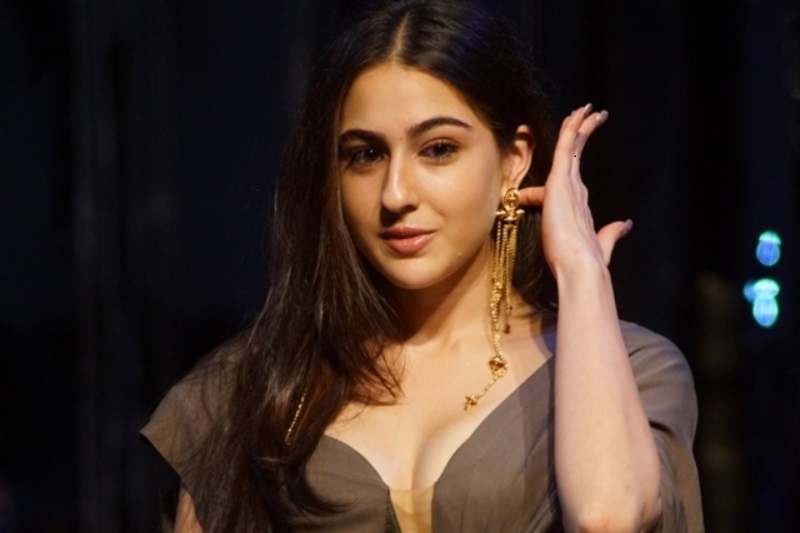 After creating a lot of buzz with her debut delivering back to back successful films with her varied performances Sara Ali Khan has bagged ‘Breakthrough Talent’ of the year award at the recent award show.

Having a remarkable debut with two consecutive hits Kedarnath and Simmba, the actress’s performances are hailed by everyone and in no time she became the buzz girl of the B-town.

The actress slayed in her perfect LBD complimenting with the minimal makeup, bright lipstick and shiny bright eyes which just completed the look for Sara Ali Khan.

The actress is known for speaking her heart with most boldness is also a great actress as her both the films got a lot of appreciation not only from critics but also from the audience.

The actress already has 11 brand endorsements in her kitty, with an estimated annual revenue of over 30 crores, this year alone and the brands range right from a sports brand to a jewelry brand which shows how versatile an actress she is.

Further, the actress will be next seen in the recently announced Imtiaz Ali ‘s next alongside Kartik Aaryan and with Varun Dhawan Coolie No.1, both of which are slated to be released next year.