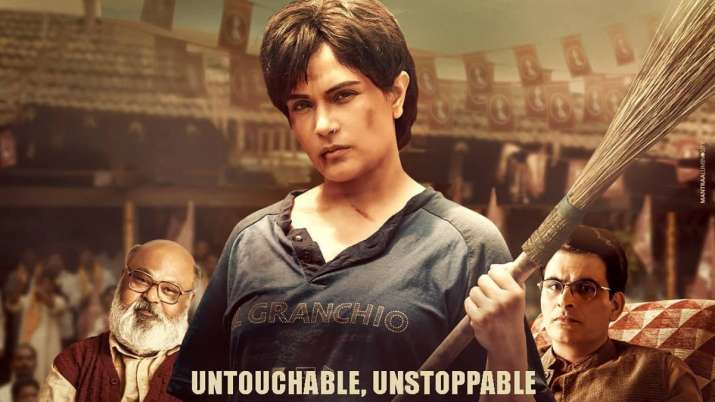 After impressing with her performance in Shakeela, Bollywood actress Richa Chadha is back with another powerful woman oriented film – Madam Chief Minister. On Wednesday, the actress unveiled the trailer of the much-awaited film that shows Richa as a powerful politician in Uttar Pradesh. Sharing the trailer, Richa wrote, “This revolution is only getting started. Get ready for my upcoming movie #MadamChiefMinister. Movie releasing on 22nd January. “

Directed by Subhash Kapoor of Jolly LLB fame, the trailer of Madam Chief Minister shows the journey of a woman breaking the shackles of the caste system and patriarchy and enters the world of politics. Richa Chadha once again managed to leave us spellbound with her portrayal of the character. While it was said that the film is based on the story of UP’s former CM Mayawati, the disclaimer claims that it is a fictional story and inspired by real-life.

Madam Chief Minister is all set to have a theatrical release on January 22. It also stars Manav Kaul, Saurabh Shukla, Akshay Oberoi and Shubhrajyoti and is produced by T-Series Films and Kangra Talkies.

Talking about the film and her character, Richa Chadha had said, “I was pleasantly surprised to be cast for the titular role in Subhash Sir’s film. I have followed his work since ‘Phans Gaye Re Obama’, which I enjoyed very much. ‘Madam Chief Minister’ is one of the most exciting scripts I have read and it possessed me. I am so grateful for this opportunity, as it is rare to come across writing and insight like this. It has been the toughest yet most enjoyable working experience for me. I have always believed that more stories of women in leadership roles need to be told and I am glad I could be a part of one such story.”

This would be Chadha’s second theatrical release amid the coronavirus pandemic, after Shakeela which hit cinema halls last month.