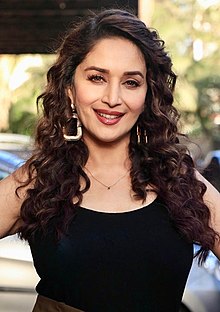 Bollywood star Madhuri Dixit Nene on Monday celebrated 36 years of her debut film, “Abodh” and the actor said she didn’t imagine her journey would take her so far. Madhuri initially aspired to study microbiology, but discontinued her studies to focus on films. She made her big screen debut at the age of 16 with director Hiren Nag’s 1984 drama “Abodh”, co-starring Tapas Paul.

To celebrate the occasion, the actor hosted an AskMe session on Twitter and interacted with fans.

When asked how would she summarise her almost four decade-long career, Madhuri, 53, said, “One thrilling rollercoaster ride.

“The actor said the most unforgettable moment in her career also dates back to the shooting of her first film.

“My very first shot for ‘Abodh’.It felt like a dream that I was working in a film,” she said.

In “Abodh”, Madhuri played a teenage bride who slowly comes to terms with her marital status.

Though she was noticed for her performance in her debut, the actor found her breakthrough four years later with N Chandra’s “Tezaab”.

The song “Ek Do Teen” from the 1988 hit film, picturised on Madhuri, catapulted her to stardom and also marked the beginning of her long-standing partnership with veteran choreographer Saroj Khan, who passed away last month.

Madhuri, the dancing diva, also emerged as one of the biggest stars in the 1990s, delivering blockbusters like “Dil”, “Saajan”, “Beta”, “Hum Aapke Hain Koun. !”, “Khalnayak” and “Dil To Pagal Hai”.

When an admirer asked how she reflects on her journey, the actor replied, “Well.when I did ‘Abodh’, I never even imagined that I will be working in a film!”

She also shared an eight-minute long video where she talked about how some of her favourite scenes from “Abodh” came to life.

“I’ve had the privilege of working with some very talented people over the years and I’m grateful for all the love.#36YearsInBollywood,” she tweeted.

Before taking a hiatus from films in 2002, Madhuri earned both acclaim and accolades for her performances in films like “Devdas”, “Pukar” and “Lajja”.

She returned to screen five years later with the musical drama “Aaja Nachle” and was last seen in adventure comedy “Total Dhamaal” (2019).

She made her debut as producer last year with another Marathi movie “15 August”. It released on Netflix.