Man charged after woman sexually assaulted outside of Brampton home 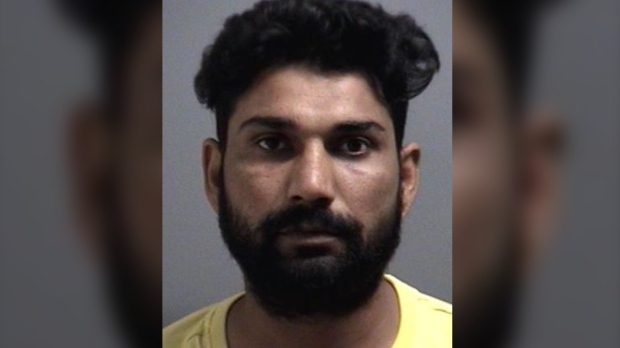 A man has been arrested and charged after a woman was sexually assaulted in front of her Brampton home, Peel police say.

On Oct. 7, at around 10:45 p.m., police said a woman was in front of her residence, located near Williams Parkway and Whitewash Way, when she was approached from behind by a stranger and sexaully assaulted.

The male suspect fled the area on foot, police said.

On Oct. 9, investigators arrested 29-year-old Harpreet Bhullar in connection with the incident.

Police said Bhullar was held for a bail hearing and attended court the same day.

Investigators believe there may be more victims and are asking anyone who recognizes the suspect or who had a similar encounter with him to contact police.